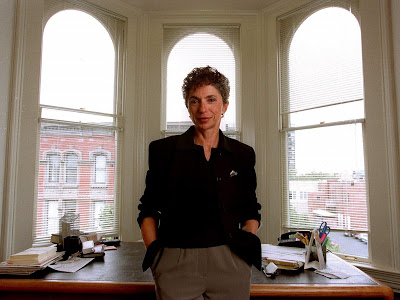 Susan Jordan, a civil litigator and criminal justice lawyer from Mendocino County died Friday, May 29th in a plane crash in Utah. She was 67 years old and left a legacy of civil litigation and criminal justice work behind. Jordan represented several prominent political activists throughout her career as a criminal defense lawyer, including Earth First!’s Judi Bari after she was car bombed with Daryl Cherney in 1990 and members of the SLA, Symbionese Liberation Army in the kidnapping of Patty Hearst.

Susan Jordan was one of the first attorney’s to offer legal defense for Earth First! activists planning non violent civil disobedience during the Redwood Summer campaign in 1990. Then, Earth First! organizers Judi Bari and Daryl Cherney were car bombed and subsequently arrested as the main suspects. Cherney says Jordan came to their defense.

“She came to the rescue right away. Without hesitation, she marched into the police office, announced that she was Judi Bari’s attorney and demanded to see her. And it was Susan who barged her way into Highland hospital to see her client Judy Bari while she was in the ICU and, you know, there’s the Oakland Police and the FBI just trying to get a false confession out of this woman whose fighting for her life and it was Susan Jordan who came to Judy’s rescue and backed their dogs off you might say.”

In the legal field, Jordan most notably made the first successful argument of self defense for a battered woman who killed her rapist, in the late 1970’s. Jordan said it was the first ruling of it’s kind. I spoke with her last April.

“It used to be called the ‘Battered Spouse Defense.’ I didn’t coin the term; I tried the first case where it was used. In the law it didn’t exist before. Women who defended themselves or reacted against violence, were locked away for life. No one understood that sometimes it was the only way out. And the case that arises from this is the case called the People vs. Inez Garcia. Inez was a Latin American woman who shot and killed her rapist. Her first trial she was convicted of murder. And she asked, I was a very young lawyer, she asked me to represent her-I had no idea if I could do anything, but I represented her on the theory that yes you can defend yourself against someone who rapes you, even if they don’t have a gun.”

CA: “And where you successful?”

Jordan was dubbed a feminist lawyer for her work defending women in criminal court. She was also a mentor to other women lawyers like Mary Ann Villwock in Ukiah.

Jordan was also Marilyn Buck’s attorney, and helped grant her a parole release from prison after serving nearly 30 years of an 80 year sentence, for several crimes including involvement in Assata Shaukur’s escape from prison in the late 1970’s, armed robbery and the bombings of several government buildings. Buck will be released next year. Discussing Buck’s case Jordan said women face severe obstacles in the criminal justice system.

“Women get treated worse than men, not only in prison but in the criminal justice system. Marilyn was seen as an aberration, she was a white woman working with a group of radical black men and every stereotype they could dream up against her, witch, bitch everything negative prevailed against her in court.”

More recently, Jordan represented attorney Lynne Stewart who was convicted of relaying messages for her client, convicted terrorist, Sheik Omar Abdul Rahman. Stewart maintains she was doing her job representing her client. But the government disagreed. Jordan said Stewart’s case is another sign of women’s obstacles in the criminal justice system.

“In the criminal justice system all the stereotypes applying to women really work against them. I recently represented a woman in New York, Lynne Stewart she was an attorney charged with terrorism in her work representing the blink Sheik if you remember her public image-this doting old unattractive grandmother who must be slightly dingy. That’s what the press did to her. And in fact she was a wonderful, incredibly devoted lawyer.”

Stewart consequently lost her license to practice law, but she says she’s grateful Jordan stepped in to help frame her statement at sentencing.

“He gave me 28 months, when the government wanted 30 years. So, Susan had a role in getting that favorable sentence, and even though 28 months isn’t a joke when you’re 70 years old. I know it could have been a lot worse and in a large way Susan was responsible for it being not worse.”

Stewart says her case against the US government is on appeal. Jordan also defended members of the urban guerilla group, the SLA, Symbioneese Liberation Army in the kidnapping of Patty Hearst. Jordan also defended Sarah Jane Olson, a former member of the SLA, who went underground then resurfaced nearly 20 years later when authorities located her. Olson served 7 years and was released earlier this year, according to the LA times. Cherney says Jordan was in it for the long haul.

Susan Jordan as a civil rights attorney crossed multiple generations, multiple eras in history starting out in the early 60’s and going right through the present times. So she was a person who kept modern. She may have gotten older but she didn’t’ become obsolete; She stayed quite current and she was a tiger. So I think on o of the legacies of Susan Jordan was how she shifted with the times and represented an expansive activist’s over a 40 year period and did so effectively, and followed the latest police trends of oppression and followed the latest activist developments and how we evolved and do things and stayed with it. She was in it for the ride.”

These are just a handful of the people whose lives Jordan touched. According to her website, JORDAN was recently sworn in as the first tribal Judge for the Hopland Band of Pomo Indians. She also led the successful legal defense of ballot language for Measure H an anti-GMO initiative in Mendocino County, against the Monsanto corporation. And, she represented several medical marijuana clients in criminal court.

“She was interested in abused women in Guatemala, I just heard she had plans to go and assist prisoners in Haiti. She had connections everywhere and was very influential in anything she was involved in.”

In addition to her legal work, Jordan was a yoga enthusiast. She also taught meditation to local lawyers, according to the Santa Rosa Press Democrat. She was working on an autobiography at the time of her death. Jordan is survived by her husband, attorney Ronald C. Wong; a daughter, Jennifer Jordan Wong; a sister, and a brother.

This entry was posted in RagBlog and tagged Civil Rights Movement, Progressive Movement. Bookmark the permalink.