(There’s no there there.) 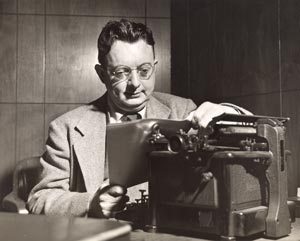 “Try to calm down, America. Whatever RussiaGate (and the Greater Middle East] ultimately turns out to be, it won’t be anything worth a single drop of American or Russian blood” — or anyone else’s.” — Thomas L. Knapp, The William Lloyd Garrison Center for Libertarian Advocacy Journalism

Even if our erratic and mendacious president follows through and actually withdraws a few thousand soldiers from Syria and ultimately Afghanistan, I remain fixated on the silence of Democrats, especially about our foreign policies and what we’ve done, few of them explained or debated in our never-ending imperial wars.

But a few years ago I thought I glimpsed a peak at what we do and why, when, on January 3, 2017, I watched Senator Charles (Chuck, since he left friendly Brooklyn for Washington) Schumer belittle Donald Trump on Rachel Maddow’s MSNBC-TV show that the President was “being really dumb ” for refusing to accept the “Intelligence Community’s” allegations about Russian interference in our 2016 election.

“Let me tell you,” said the influential leader of the Senate Democrats, “you take on the Intelligence Community [and] they have six ways from Sunday at getting back to you.” Since then I’ve wondered what so powerful a politician might have meant. And whatever he might have intended was promptly overlooked or dismissed by reporters out to nail Trump and, with hope, win a few journalism prizes.

When Trump impulsively decided recently without consultation and despite almost unanimous condemnation by the Imperial City’s opinion-makers, practically everyone who mattered condemned the possible withdrawal of 2,000 troops from Syria. The same universal joy that was expressed for taking down Saddam and his “WMDs” in 2003 was reflected when Trump made his current choice about Syria.

There were relatively few rational supporters for pulling out.

There were of course relatively few rational supporters for pulling out, such as Michael Moore and Brent Scowcroft (the first Bush’s close advisor, who wrote a prophetic pre-war warning in the Wall Street Journal), but they spoke out on their own and not on behalf of any political party. Still, our imperial agenda embraced — and continues to embrace — the American-Saudi Arabian-Israeli obsession with Teheran, when a handful of experienced Iranian hands wisely warn, “If you liked Iraq you’ll love Iran.”

So where, then, are the Democratic Party Big Shots and why the Silence?

In 1968, at the height of the Vietnam War, the venerable left-wing dissenter I.F. Stone tried to explain. In “Who Are the Democrats?” he cited our enormous military bureaucracy, and asked his readers to think of “all the careers which depend on it and require continuance of the Pax Americana” which have rendered us “prisoners of this machine.” It has, he charged, also led to “that unspoken ideological consensus within which the two-party operates” — bipartisanship in foreign policy.

Since then, Harper Magazine‘s Washington editor, Scott Horton, has revealed in his new and disturbing book, Lords of Secrecy: The National Security Elite and America’s Stealth Warfare, that all sorts of critical decisions are now made by self-directed, independent, and unelected national security types, leaving Americans with little room for debate or challenge. We have become an oligarchy, rightly concludes Horton.

In any event, even after their recent electoral victories, trying to make a U-turn on foreign policy will not be easy for progressive Democrats. Many Democrats are not doves and some are even indistinguishable from pugnacious neocons. Meanwhile, Putin is deeply resentful of the cordon sanitaire the U.S. and NATO has drawn about Russia, especially after the West probably broke its promises about keeping the U.S.and NATO far from Russian borders.

The Chinese will only become tougher. And then there are the Israelis, whose unforgiving Israel Lobby will never forgive anyone saying critical things about Israel and are always ready to pounce with allegations of anti-Semitism. Faced with those hurdles, climate change and a possible recession will be easy.

Until that great day arrives when we can sensibly manage the way we conduct our foreign policies we’re stuck with unending undeclared wars. I wonder how long Gore Vidal’s United States of Amnesia will continue fighting senseless wars with mounting debts. 0r do we stay in Syria, attack Iran, and keep contributing to the myth of American idealism and purity which forces us to fight indefensible, crazy new wars?