Murray Polner :
‘The wish to find out’

Are there honest and independent observers still available to sort out the truth? 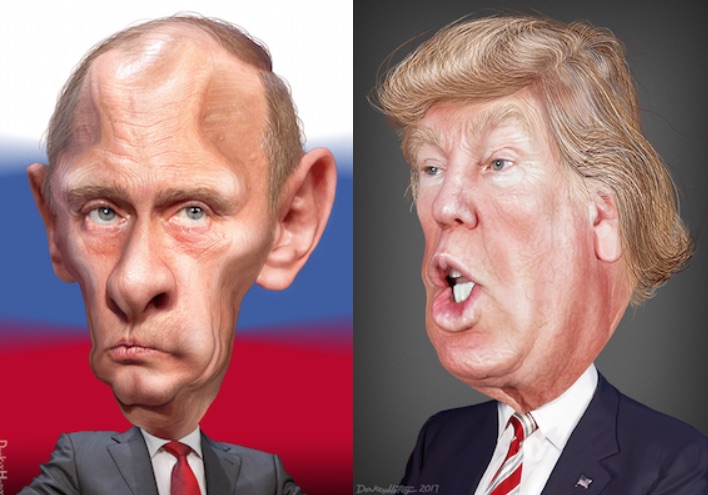 I think blaming the Russians for hacking our 2016 elections may well be legitimate though I still find it hard to believe that Trump “colluded” politically with Russians for any other reason than to make more and more money. As the renowned philosopher Bertrand Russell wisely concluded in 1922 in Free Thought and Propaganda, “What we need is not the will to believe, but the wish to find out.”

There are, however, some skeptics.

The Veteran Intelligence Professionals for Sanity, a group of former U.S. intelligence officials who once discredited Colin Powell’s claim at the UN that Saddam had WMDs, has now issued a widely-ignored document dubbed VIPS50, insisting that no one hacked the Democratic Party’s emails in 2016 but they were instead leaks, perhaps aimed at defeating Bernie Sanders.

Someday historians, declassified documents, and personal testimonies will presumably tell us accurately and truthfully if the authoritarian Putin did indeed lead Russians to hack The Donald and defeat Hawkish Hillary, 0r maybe it was Jill Stein and her handful of Greens? 0r Rand Paul and his fading libertarians? 0r, just an un-American invention organized by our sainted Founding Fathers, which they called the Electoral College?

Still, we should ask if there are honest and independent observers still available to sort out the truth or has everyone already chosen sides? “We have been attacked. We are at war,” charged the actor Morgan Freeman for the Russophobian and hawkish Committee to Investigate Russia, whose Advisory Board includes Rob Reiner, Max Boot, James Clapper, Michael Hayden, Michael Morell and Leon Panetta. Meanwhile, John McCain, who is now revered since his death, denounced Rand Paul on the Senate floor, claiming the Kentucky senator “is now working for Vladimir Putin.” In other words, is there a traitor in the Senate? And maybe another in the White House?

Does this mean that Democrats and liberal independents who rightly detest the beleaguered Trump have become unquestioning protectors of the FBI they once loathed — even if the agency’s findings may be a case of inflating Moscow’s astuteness and our supposed defenselessness? My old pal, the onetime blacklisted novelist and screenwriter Clancy Sigal and author of one of the literary gems of the McCarthy Era, Going Away (who, sadly, recently died), observed about Washington’s swarm of well-subsidized propaganda and opinion mills, “J. Edgar Hoover never died, and his paranoid ghost stalks us.”

The first time I wondered about the official party line was on January 3, 2017, when Senator Charles Schumer announced on Rachel Maddow’s TV show that Trump was “being really dumb” for scrapping with anonymous and accusatory intelligence officials — the total number of analysts soon officially reduced to three specially selected unidentified employees — about Russia’s cyber break-ins.

“Let me tell you,” said Schumer, by then head of the Senate Democrats, “You take on the Intelligence Community [and] they have six ways from Sunday at getting back at you.”

What could the Senator have meant? Whatever he intended to say went largely unexplored by journalists out to get Trump and win some Pulitzers. Schumer’s comments quickly vanished from public sight, never to be heard or seen again.

Where is all this supposed to lead? A new Red Scare against dissidents? An end to civilization war with nuclear-armed Russia?

If Russiagate is not another Iraq-has-WMDs lie, then Americans need to be reminded again and again that not too long ago 58,000 American soldiers were played for suckers by right and left during Vietnam while only 14 members of our hyper-patriotic Congress had kids in Vietnam, none of whom were shipped home in a body bag. 7,000 have since died in the Iraq and Afghan wars and countless others scarred forever. Unlike many of us who served in the military, four recent presidents and two vice-presidents have evaded active military duty and no American VIP has ever been held responsible for the misery they’ve caused.

No matter which President presides over it. I’m fed up with hearing speeches from people who don’t know any better, profaning the memory of people who almost always, since I came home, died scared and alone holding their wounds, or with piss and shit running down their legs, or with chunks of them blown off…

In addition to recent indictments, tons of headlines and Cable’s “Breaking News,” what we have also produced is a massive campaign to convince Americans that Russia’s “meddling” in our elections (our mass media rarely notes that the U.S. has always “meddled” in other countries, e.g., Italy, Iran, Iraq, Guatemala, Nicaragua, Mexico, Canada, et.al.) requires ever greater Pentagon budget increases and continued readiness for future wars.

Meanwhile, after America’s bogus frenzy about the annexation of Crimea, the NY Times’ smart conservative Op-ed writer, Ross Douthat, offered some uncommon advice. Referring to Bismarck’s wisdom that Europe’s 19th Century wars “weren’t worth the bones of a Pomeranian Grenadier,” Douthat sensibly added: “Even the most bellicose U.S. politicians weren’t ready to say that South 0ssetia or Simferopol is worth the bones of a single American Marine.” What we don’t want is a tit-for-tat before someone decided to create another Shoot-the-Archduke incident. So here’s Douthat’s and my main point about Putin, Ukraine, and Crimea: “What we need is realism: to use the power we have, without pretending to powers we lack.”

And my final point about Russiagate: It’ as far as we dare go in the nuclear age of Donald Trump, American hawks, and Vladimir Putin and his gang.

1 Response to Murray Polner :
‘The wish to find out’