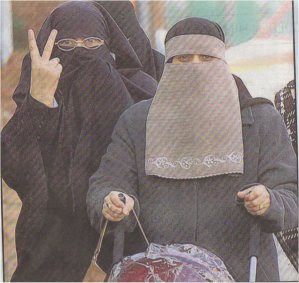 AMMAN — The image of the United States remains overwhelmingly negative in most of the predominantly Muslim countries surveyed, a latest global poll revealed on its website.

According to the Pew Global Attitudes Project, in Jordan, one of the key regional allies of the United States, 79 percent respondents have a negative light of the world power, registering the highest unfavorable rate among the surveyed Muslim nations. Only 19 percent hold positive views.

The survey was conducted among more than 24,000 people in 24 countries between March 17 and April 21.

However, another major trend highlighted by the poll was that most countries held the American people in a more favorable light than the nation itself.

In Jordan, there was a gap of 17 percentage points, with 36 percent of Jordanians expressing a favorable view of the American people, compared to 19 percent of the nation.

The largest gap of favor ability ratings was found in Lebanon, where 74 percent had a favorable view of Americans, compared to 51percent of the country itself.

The Pew Global Attitudes Project, part of the Washington-based “fact tank” Pew Research Center, is a series of worldwide public opinion surveys ranging from people’s assessments of their own lives to their views about the current state of the world.

This entry was posted in RagBlog and tagged Middle East, The World. Bookmark the permalink.