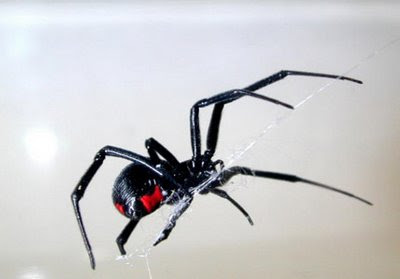 ‘The NSA’s colossal Cray supercomputer, code-named the ‘Black Widow,’ scans millions of domestic and international phone calls and e-mails every hour. . . . The Black Widow, performing hundreds of trillions of calculations per second, searches through and reassembles key words and patterns, across many languages.’

Barack Obama will be in charge of the biggest domestic and international spying operation in history. Its prime engine is the National Security Agency (NSA)—located and guarded at Fort Meade, Maryland, about 10 miles northeast of Washington, D.C. A brief glimpse of its ever-expanding capacity was provided on October 26 by The Baltimore Sun’s national security correspondent, David Wood: “The NSA’s colossal Cray supercomputer, code-named the ‘Black Widow,’ scans millions of domestic and international phone calls and e-mails every hour. . . . The Black Widow, performing hundreds of trillions of calculations per second, searches through and reassembles key words and patterns, across many languages.”

In July, George W. Bush signed into law the FISA Amendments Act of 2008, which gives the NSA even more power to look for patterns that suggest terrorism links in Americans’ telephone and Internet communications.

The ACLU immediately filed a lawsuit on free speech and privacy grounds. The new Bush law provides farcical judicial supervision over the NSA and other government trackers and databasers. Although Senator Barack Obama voted for this law, dig this from the ACLU: “The government [is now permitted] to conduct intrusive surveillance without ever telling a court who it intends to spy on, what phone lines and e-mail addresses it intends to monitor, where its surveillance targets are located, why it’s conducting the surveillance or whether it suspects any party to the communication of wrongdoing.”

This gives the word “dragnet” an especially chilling new meaning.

The ACLU’s Jameel Jaffer, director of its National Security Project, adds that the new statute, warming the cold hearts of the NSA, “implicates all kinds of communications that have nothing to do with terrorism or criminal activity of any kind.”

Why did Obama vote for this eye-that-never-blinks? He’s a bright, informed guy, but he wasn’t yet the President-Elect. The cool pragmatist wanted to indicate he wasn’t radically unmindful of national security—and that his previous vow to filibuster such a bill may have been a lapse in judgment. It was.

What particularly outraged civil libertarians across the political divide was that the FISA Amendments Act gave immunity to the telecommunications corporations—which, for seven years, have been a vital part of the Bush administration’s secret wiretapping program—thereby dismissing the many court cases brought by citizens suing those companies for violating their individual constitutional liberties. This gives AT&T, Verizon, and the rest a hearty signal to go on pimping for the government.

Some of us began to see how deeply and intricately the telecoms were involved in the NSA’s spying when—as part of an Electronic Frontier Foundation lawsuit—it was revealed by a former AT&T technician, Mark Klein, that he had found a secret AT&T room in which the NSA was tapping into the telecom giant’s fiber-optic cables. On National Public Radio on November 7, 2007, he disclosed: “It’s not just AT&T’s traffic going through these cables, because these cables connected AT&T’s network with other networks like Sprint, Qwest [the one firm that refused to play ball with the government], Global Crossing, UUNet, etc.”

What you should know is that these fruitful cables go through “a splitter” that, as Klein describes, “just copies the entire data without any selection going on. So it’s a complete copy of the data stream.”

Under the new FISA Amendments Act, there are no limits on where this stream of data can be disseminated. As in the past, but now with “legal” protection under the 2008 statute, your suspicious “patterns” can go to the FBI, Homeland Security, the CIA, and state and local police that are also involved in “fusion centers” with the FBI.

Consider the enormous and bottomless databases that the government—and its NSA—can have a ball with. In James Bamford’s The Shadow Factory (Doubleday)—a new book that leads you as far as anyone has gone into the bowels of the NSA—he notes: “For decades, AT&T and much of the rest of the telecommunications industry have had a very secret, very cozy relationship with the NSA.” In AT&T’s case, he points out, “its international voice service carried more than 18 billion minutes per year, reaching 240 countries, linking 400 carriers, and offering remote access via 19,500 points of presence in 149 countries around the globe.”

Voilá! Also, he notes: “Much of those communications passed through that secret AT&T room that Klein found on Folsom Street in downtown San Francisco.”

There’s a lot more to come that we don’t know about. Yet. In The Shadow Factory, James Bamford quotes Bush’s Director of National Intelligence Mike McConnell as saying that this wiretapping program was and is “only one program of many highly secret programs approved by Bush following the attacks on 9/11” (emphasis added). McConnell also said of the NSA’s nonstop wiretapping: “This is the only aspect of those various activities whose existence has officially been acknowledged.”

Come on, Mike. Bush acknowledged the NSA’s flagrant contempt of the First and Fourth amendments only after The New York Times broke the story in December 2005. When the Times executive editor, Bill Keller, first decided to hold the explosive story for a year, General Michael Hayden—the former head of the NSA who is currently running the CIA—was relieved because he didn’t want the news to get out that “most international communications pass through [these telecommunications] ‘switching,’ ” Bamford reports. It would blow the cover off those corporate communicators. Now, AT&T, Verizon, et al., don’t have to worry, thanks to the new law.

There are increasing calls, inside and outside of Congress, for President Obama to urge investigations by an independently bipartisan commission—akin to the 9/11 Commission—to get deeply into the many American and international laws so regally broken by Bush and his strutting team.

But there is so much still to find out about the NSA’s “many highly secret programs” that a separate commission is sorely needed to probe exclusively into the past and ongoing actions of the Black Widow and other NSA lawless intrusions into our privacy and ideas.

President Obama could atone for his vote that supported the FISA Amendments Act of 2008 by appointing such a bipartisan commission composed of technology experts who are also familiar with the Constitution.

Bamford says that the insatiable NSA is “developing an artificial intelligence system designed to know what people are thinking.” Here come the thought police!