PC From the Near Future

Cheney, Rummy in a Frank Discussion of Differences at Nuremburg II 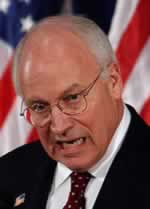 “The CIA tells me they found Saddam’s fingerprints on 9/11 in a Langley, VA pumpkin patch!” said Vice-President Dick Cheney. 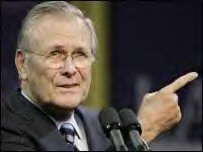 Hey, it’s HIS fault,” said Rumsfeld. “I only tortured and killed people, but he decided WHOM, so I’m not guilty. I was only following orders.”