Playing With Fire : McCain and the Raging Right 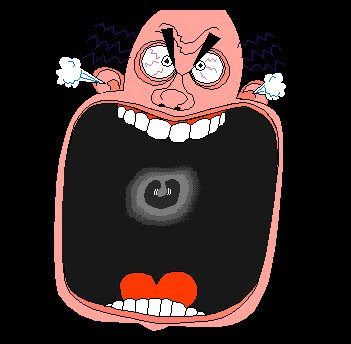 Are we witnessing the reemergence of the far right as a power in American politics? Has John McCain, inadvertently perhaps, become the midwife of a new movement built around fear, xenophobia, racism and anger?

McCain has clearly become uneasy with some of the forces that have gathered around him. He has begun to insist, against the sometimes loud protests from his crowds, that Barack Obama is, among things, a “decent person.”

Yet McCain’s own campaign is playing with powerful extremist themes to denigrate Obama. When his running mate, Sarah Palin, first brought up Obama’s association with 1960s radical Bill Ayers, who has become a centerpiece of McCain’s attacks, she accused Obama of “palling around with terrorists.” What other “terrorists” was she thinking about?

Since Obama was a child when Ayers was part of the Weather Underground, and since even Republicans have served on boards with Ayers, this is classic guilt by association.

Ayers has been dragged into this campaign because there is a deep frustration on the right with Obama’s enthusiasm for shutting down the culture wars of the 1960s.

Precisely because Obama is not a baby boomer, he carries none of that generation’s scars. Most Americans (including most boomers) are weary of living in the past and reprising the 1960s every four years.

Yet culture war politics is relatively mild compared with the far-right appeals that are emerging this year. It is as if McCain’s loyalists overshot the ’60s and went back to the ’50s or even the ’30s.

What we are witnessing is the mainstreaming of the far right, a phenomenon that began to take shape with some of the earliest attacks on Bill Clinton in the 1990s.

False claims that Obama is Muslim, that he trained to overthrow the government and that he was educated in Wahhabi schools are a standard part of the political discussion. These fake stories come from voices on the ultra right that have dabbled in other forms of conspiracy, including classic anti-Semitism. McCain and his campaign do not pick up the most extreme charges. They just fan the flames by suggesting that voters don’t really know who Obama is, hinting at a sinister back story without filling in the details. That is left to the voters’ imaginations.

The tragic irony here is that McCain was the victim of some of the very same extremist forces in the 2000 South Carolina primary.

To bring McCain down, some of George W. Bush’s supporters on the far right peddled all manner of falsehoods about McCain, raising despicable charges about his time as a POW and suggesting (again falsely) that he had fathered an illegitimate child of color. In the past, McCain publicly condemned some of the very people who are now going after Obama.

McCain cannot be blamed for all of the crazies who see in Obama a chance to earn fame and fortune by concocting lies about him. And yes, we should defend the speech rights even of those whose views we find abhorrent.

But the angry McCain-Palin crowds, and particularly those who threaten violence or shout racist epithets, should be a wake-up call to McCain. The dark hints about Obama that McCain’s campaign is dropping dovetail too nicely with the nasty trash floating around the Internet and the airwaves.

We are in the midst of what could become — and here’s hoping it doesn’t — the worst economic downturn in decades. The last thing we need is a campaign that strengthens fanaticism, tarnishes the authority of the next president and whips up the worst kinds of prejudice. This works both ways: Obama should not be delegitimized if he wins, and McCain should not want to win in a way that would undermine his own capacity to lead.

When Christopher Buckley, a novelist and former speechwriter for George H.W. Bush, announced last week that he would vote for Obama (his first vote ever for a Democrat), he referred to words once spoken to him by his late father. “You know,” the conservative hero William F. Buckley Jr. said, “I’ve spent my entire lifetime separating the right from the kooks.”

McCain has an obligation, to his own legacy and the country he has served, to separate himself and his campaign from the kooks. Extremism in defense of liberty may be no vice, but extremism in pursuit of the presidency is as dysfunctional as it is degrading.

DAVENPORT, Iowa -– A minister delivering the invocation at John McCain’s rally in Davenport, Iowa Saturday told the crowd non-Christian religions around the world were praying for Barack Obama to win the U.S. presidential election.

“There are millions of people around this world praying to their god—whether it’s Hindu, Buddha, Allah—that his opponent wins, for a variety of reasons. And Lord, I pray that you will guard your own reputation, because they’re going to think that their God is bigger than you, if that happens,” said Arnold Conrad, the former pastor of Grace Evangelical Free Church in Davenport. . . .