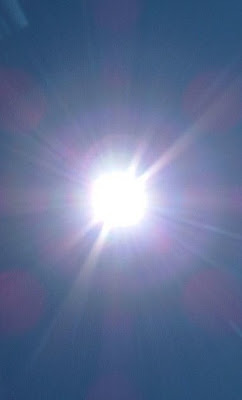 The ancient insight embodied in two Hebrew words — that ‘adam,’ humanity, and ‘adamah,’ the earth, come from the same root and are inextricably intertwined — has been forcing itself higher and higher into our awareness.

Many many of us agree that the threat of climate disaster is the most important danger facing the human race and the web of life upon our planet. Many of us have noticed that in the great and archetypal story of the Exodus, Pharaoh’s arrogance does as much damage to the earth itself — “the Plagues” — as to his own society.

But many of us feel blown away by other crises that seem more urgent:

The world-wide economic collapse and our own loss of jobs and savings; worsening bloodshed between Israel and its neighbors; the danger of a bloody quagmire in Afghanistan; the AIDS epidemic in Africa and elsewhere; failures in health care and education in the US; bitter struggles over immigration; rising rates of gun violence; denial of full human rights to gays and lesbians ….

So far, “global scorching” has affected only the margins of American space — so it is easy to say, “Big problem” — and focus on something else. But droughts in Georgia and California; rising danger of hurricane fury, extreme weather come often instead of seldom; widespread die-offs of honey-bee colonies that are crucial to our food chain; the asthma epidemic — all these are hints of what’s already on the way.

The ancient insight embodied in two Hebrew words — that “adam,” humanity, and “adamah,” the earth, come from the same root and are inextricably intertwined — has been forcing itself higher and higher into our awareness.

So at last, our Congress seems ready to address the need for limiting CO2 and methane emissions and moving swiftly toward green energy and green jobs. But under intense pressure from the entrenched drug lords of Big Coal and Big Oil, the legislation intended to accomplish this may turn out to be only an empty shell unless we, the American people, make it real.

The Shalom Center is committing itself to focus on this issue, while not ignoring the others we have mentioned above.

To make a difference, laws intended to “green” not just our buildings or our vehicles but American society as a whole will have to take into account the best scientific wisdom as well as the deepest spiritual understanding.

That means knowing the goals we have to reach if our planet is not to suffer irreparable loss. For the rest of this letter, I am drawing on an analysis set out on a website called 350.org.

Why the name? 350 parts per million of CO2 in the atmosphere is what many scientists, climate experts, and progressive national governments are now saying is the safe upper limit. Our current level is 387 ppm.

Accelerating arctic warming and other early climate impacts have led scientists to conclude that we are already above the safe zone at our current 387 ppm, and that unless we are able to rapidly return to 350 ppm this century, we risk reaching tipping points and irreversible impacts such as the melting of the Greenland ice sheet and major methane releases from increased permafrost melt.

During the past six months, The Shalom Center has been deeply involved in creating the New Freedom Seder for the Earth and in pointing both the Seder and observance of the 28-year event of Blessing the Sun toward making changes in public policy. We will begin now to focus on the bills before Congress and how to address them from our deepest spiritual, religious, and ethical wisdom.

For further details on the science behind the “350 ppm” target and for the sources of this scientific analysis, please see the lead article on the home page of The Shalom Center website.