Obama : Beyond Savior or Trickster 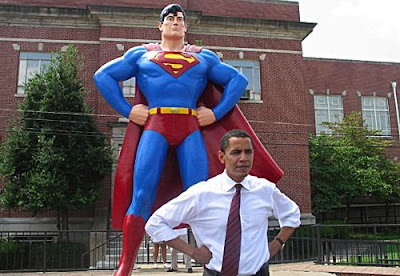 We can’t build a vibrant progressive movement — or strengthen a base capable of moving the country in progressive directions for the long haul — by winking and nodding at Democratic policies that would have drawn our sharp criticism if they were being implemented by a Republican administration.

Among the tendencies, the first is more widespread and more dangerous. All kinds of atrocious policies — from Lyndon Johnson’s war on Vietnam to Jimmy Carter’s midterm swerve rightward to Bill Clinton’s neoliberal measures such as NAFTA, “welfare reform” and Wall Street deregulation — were calamities facilitated by acquiescence or mild dissent from many left-leaning Democrats.

Some historical analogies are acutely relevant, and the LBJ/Vietnam Obama/Afghanistan comparison is one of them. During the first couple of years after Johnson’s inauguration in January 1965, with few exceptions, liberal members of Congress and leaders of liberal-oriented groups routinely voiced support for the war escalation; others mumbled their misgivings as the president ordered more troops and firepower to Vietnam. Today, similar mumbling about Afghanistan attests to the repetition compulsion disorder of the US warfare state.

Whatever can be said for avoidance of ruffling feathers in the new administration is greatly outweighed by the dire long-term effects. We can’t build a vibrant progressive movement — or strengthen a base capable of moving the country in progressive directions for the long haul — by winking and nodding at Democratic policies that would have drawn our sharp criticism if they were being implemented by a Republican administration.

Another destructive dynamic: A corporatized Democratic administration helps Republicans put on populist costumes and pose as opponents of corporate elites. For instance, when Democratic officials and progressive allies act as though the massive federal giveaways to banks are no cause for outrage, demobilization of the party’s progressive base is predictable.

With the November midterm elections now 18 months away, the specter of the post-NAFTA 1994 election that gave control of Congress to Republicans is an ominous poltergeist that’s already haunting Capitol Hill. Rather than serving, yet again, as enablers for a Democratic administration to pursue a corporate-friendly course, progressives should be pushing hard in the opposite direction.

Among the Democratic base, the widespread eagerness to put Obama on a very high pedestal is emblematic of a depoliticized culture. Fixating on his impressive personal qualities is a way of turning the overall political picture into a fuzzy background.

Oft-cited, yet still worth recalling, is the spot in his book, “The Audacity of Hope,” where Obama wrote: “I serve as a blank screen on which people of vastly different political stripes project their own views.” At least as important, Obama is a master of speaking and acting in ways that move to the center of political gravity.

We should be hard at work at the grassroots to move that center of political gravity in progressive directions, which requires speaking truth about power – a far different endeavor than reflexively defending or vilifying Obama.

It should be axiomatic — for commentators who refuse to be partisan hacks, for activists with progressive commitments, for anyone determined to elude Orwellian doublethink — that presidential actions and policies should be assessed and supported or opposed on their merits.

Rejecting Obama iconography and demonology is necessary for a healthy progressive movement. We won’t get far by trying to leapfrog the actual political conditions of the country. Our task is to change them.

Obama’s corporate and military policies are reflections of anti-democratic imbalances of power that are part of the political economy. We shouldn’t let him off the hook any more than we should refuse to acknowledge his positive actions, such as progressive aspects of his proposed budget.

[Norman Solomon is on the advisory board of Progressive Democrats of America and a national co-chair of the Healthcare NOT Warfare campaign. His books include War Made Easy: How Presidents and Pundits Keep Spinning Us to Death, which has been made into a documentary film of the same name. For information, go to: normansolomon.com.]

Thanks to radtimes/ The Rag Blog