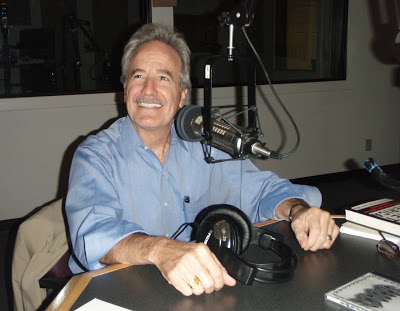 Novelist David Lindsey discussed his writing — and the booming private intelligence industry, which is the subject of his latest work — with Thorne Dreyer on Rag Radio, Friday, September 23, 2011.

Lindsey is an Austin-based author who has written 14 novels in the mystery, thriller, and suspense genres. He is a native Texan who was born in Starr County, near the Mexican border, and grew up in West Texas, in the oil fields and ranches of the Colorado River valley, north of San Angelo.

His first book, A Cold Mind, published in 1982, was the first of five novels featuring Houston homicide detective Stuart Haydon. Lindsey, who was active in a human rights organization that monitored political assassinations in Guatemala, set his fifth Haydon novel, Body of Truth (1992), in that Central American country. Body of Truth won Germany’s Bochumer Krimi Archiv award for the best suspense novel of the year.

Mercy, released in 1990, was also set in Houston and featured a female Hispanic detective, Carmen Palma. The book was a New York Times bestseller, and was made into a motion picture starring Ellen Barkin. Mercy was a pioneer in the suspense sub-genre featuring serial killers, and Lindsey is one of the first to have dealt with the issue of criminal profiling in his work. Lindsey has also set his fiction in the international world of criminal intelligence and assassinations, and some of his more recent work has been set in Austin and Central Texas.

In 2007, David Lindsey, started researching the astonishing rise of government outsourcing of national intelligence. Privatized spying has become a multi-billion dollar industry and private contractors now command 70 percent of the national intelligence budget. According to Lindsey:

By outsourcing our national intelligence responsibilities to private, for-profit enterprises, the government has fundamentally altered the structure and behavior of the business of spying.

A two-year investigation on this subject by The Washington Post resulted in a blockbuster series called “Top Secret America.” The Post said:

The top-secret world the government created in response to the terrorist attacks of Sept. 11, 2001, has become so large, so unwieldy and so secretive that no one knows how much money it costs, how many people it employs, how many programs exist within it, or exactly how many agencies do the same work.

The private intelligence industry is the setting for David Lindsey’s latest novel, Pacific Heights. Written under the pseudonym Paul Harper, it is the first novel in the Marten Fane story cycle, a serial novel set in the hidden world of private sector intelligence contractors.

The running time for this interview, with music and underwriting announcements removed, is 53:56. 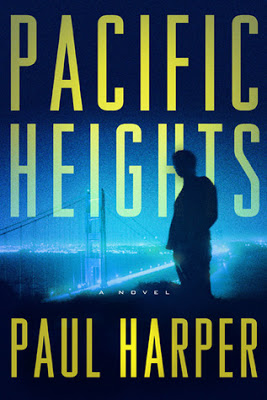 Pacific Heights, written by David Lindsey under the pseudonym Paul Harper, is the first novel in the Marten Fane story cycle, a serial novel set in the hidden world of private sector intelligence contractors.
The Rag Blog