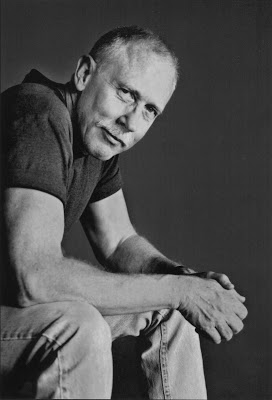 
Bacon discussed the issues raised in his provocative and heavily-researched article, “How U.S. Policies Fueled the Great Mexican Migration,” which was reported in partnership with The Investigative Fund at The Nation and the Puffin Foundation and which was also published on The Rag Blog.

On Rag Radio, Bacon discussed the role of companies like Smithfield Foods in immigrant displacement, environmental abuse, and the struggle of oppressed workers fighting to overcome intolerable conditions — especially in the Perote Valley of the Mexican state of Veracruz, and in Smithfield’s plant in Tar Heel, North Carolina, the world’s largest pork slaughterhouse. And he shows how the struggles in Veracruz and North Carolina are critically interrelated.

Bacon wrote that “the experience of Veracruz migrants reveals a close connection between U.S. investment and trade deals in Mexico [especially through NAFTA] and the displacement and migration of its people.”

Now based in California, David Bacon was a union organizer for two decades, and today documents the changing conditions in the workforce, the impact of the global economy, war and migration, and the struggle for human rights. His books include Illegal People: How Globalization Creates Migration and Criminalizes Immigrants, The Children of NAFTA, and Communities Without Borders.

He belongs to the Pacific Media Workers Guild and the CWA, was an organizer of the Free South Africa Labor Committee and the Labor Immigrant Organizers Network, and was board chair of the Northern California Coalition for Immigrant Rights.

David Bacon previously appeared on Rag Radio on September 7, 2010, and you can listen to the podcast of our earlier interview here.

Rag Radio is hosted and produced by Rag Blog editor and long-time alternative journalist Thorne Dreyer, a pioneer of the Sixties underground press movement. Tracey Schulz is the show’s engineer and co-producer. You can listen to podcasts of all Rag Radio shows at the Internet Archive.