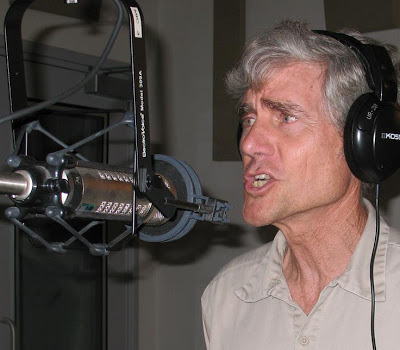 Restoration ecologist Bill Neiman, a leader in the movement to conserve natural resources and to restore and maintain the health of the environment in Texas, was Thorne Dreyer’s guest on Rag Radio, Friday, April 13, 2012, on Austin community radio station KOOP 91-7-FM, and streamed live on the Internet.


Bill Neiman is an environmental landscaper and his Native American Seed is the principal supplier of native wildflower and grass seeds in Texas, much of it used in the highway-beautification programs of the Texas Department of Transportation. The company also provides consulting services for prairie-restoration projects.

An advocate of the use of native species of vegetation, Neiman speaks regularly to school classes and adult groups in his ongoing effort to educate the public about ecologically-sensitive land management.

Neiman — who believes we are at a serious environmental and land use crossroads — points out that we “consume and convert rural land at the rate of 1,000 football fields per day… to sprawling new suburban homes and big box shopping malls.” He says we are at a point were we must “make paradigm shifts in how we connect to outdoor living spaces.”

On the show we discuss the nature of native or indigenous species and the value of using them in landscaping, and Neiman suggests adding “pocket prairie” ecosystems to urban landscapes to serve as wildlife refuges and seed banks. And he talks about the current epidemic invasion of the vegetation known as “bastard cabbage” which is actually native to the Mediterrean, and how to address the continuing problem of invasive species in Texas.

Neiman discusses the recent Texas drought and wildfires, and how we must seriously address water usage, the most critical resource in our lives. He suggests landscaping with native turf instead of St. Augustine and other non-indigenous grasses, and creating sustainable rainwater gardens and water harvesting sites.

And he tells the Rag Radio audience about community efforts in the Texas Hill Country to preserve the “night skies” by addressing light pollution with simple techniques to shield outdoor lighting.