Republicans : Hypocrisy as a Pre-Existing Condition 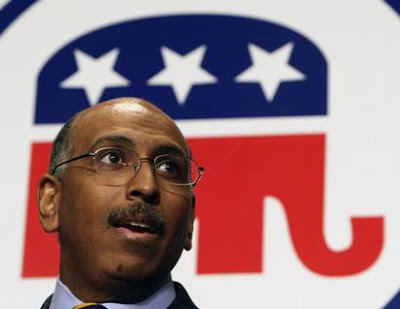 A few days ago, 176 Republicans joined a few blue dog Democrats in voting to attach the odious Stupak amendment to the Health Care Reform Bill passed by the House of Representatives. This horrid amendment made sure that poor and working class women would not be able to include the payment for voluntary abortions in their health insurance.

Of course, almost all of those voting for the amendment were men, who will never have to make the awful choice of having an abortion or an unwanted baby (which probably can’t be cared for financially). This doesn’t surprise me, because most Republicans believe women should be second-class citizens, and their bodies should be controlled by men.

That would be enough hypocrisy for a party that claims to believe in equality and freedom, but the Republicans have taken their hypocrisy to a new level — a level I wouldn’t have believed possible until now.

Politico has reported now that the health insurance policy provided by the Republicans Party actually includes payment for voluntary abortions. That’s right, while they are telling the rest of America that abortions are an evil sin and should be outlawed, they are providing insurance that will pay for abortions for their own employees — even though their party platform calls abortion “a fundamental assault on innocent human life.” Is this not the epitome of hypocrisy?

Now some of you may be thinking this is a new policy and the Republicans didn’t know what was in it yet. Wrong!!! They have had this same policy since 1991 — that’s eighteen years.

And the Cigna Company, who supplies the policy, said the provisions of the policy were explained to the Republicans when they bought it (and you would think at least a few of them would have read the policy by now). Republicans were given the chance to opt out of any provisions they didn’t want in the policy, and they chose for 18 years to include the abortion provision.

Personally, I don’t see how anyone could have a health insurance policy and not know what it covers and doesn’t cover. I know when I worked for the state and received employer-provided insurance, every employee was notified of the health insurance benefits (and given a copy of exactly what the insurance would and wouldn’t pay for). Are we supposed to believe the Republican Party (or Cigna) didn’t do that for their employees?

But that’s exactly what the Republicans want everyone to believe — that they didn’t even know the benefits provided in their own insurance policy. Evidently no one in the party has the ability to read.

They are also saying that there is no proof that anyone ever had an abortion that was paid for by the insurance policy. Really? In eighteen years? Is that even near the realm of believability?

Spokesmen for the party say now that RNC Chairman Michael Steele has made sure the clause has been eliminated from the insurance policy. Can we believe that? After all, they’ve been talking out of both sides of their mouth for at least the last eighteen years. This whole mess just emphasizes the fact they they consider themselves to be above the rules they want to lay down for the rest of us.

By the way, the Democratic Party’s insurance policy contains the same provision. But most Democrats support choice and opposed the Stupak amendment. And their party platform says the party “unequivocally supports Roe v. Wade and a woman’s right to choose a safe and legal abortion, regardless of ability to pay.” No hypocrisy there.

How can anyone still vote Republican? They just can’t be trusted.

2 Responses to Republicans : Hypocrisy as a Pre-Existing Condition