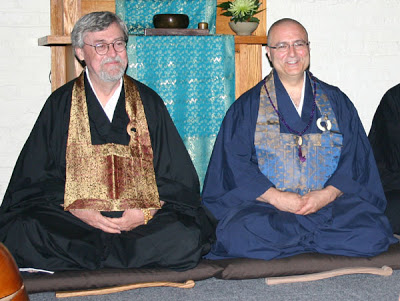 As long as we regard each other not as humans but as the “other,” we will suffer profound abuses in the workplace.

When I was a boy and asked my coal miner father one time too many for money, he got me a job as a “myrtle plugger.” I sat all day in a field of ground cover with a special tool and “plugged” one plant at a time from the ground into a “flat” — a large wooden box. Each plant took up a four-square-inch space. I saw immediately that I could fit between 50 and 60 plants into the box. Upon filling a flat I was to take it to the Yard Boss who was to “count” it and give me a fresh one to fill. I was to be paid five cents per flat. This was child labor, and it was in the early 1960s in Pennsylvania.

When I took up my first flat, the Yard Boss reached into the box and used his hand to squeeze my plants together to one side. They now filled 40 percent of the flat. He smiled, winked, grunted, and handed it back to me.

This was wage theft, and although I was only 10 years old, I knew it. I quit that “job” at the end of my first week. My father simply said, “Now you know what a union is for.”

I was too young to understand what my father meant, but I was developed enough to see that the yard boss did not see me as human in some important way. He regarded me as the “other” — as a tool like any other tool, to be used as needed for as long I held up to his purpose.

Many years later I heard a talk given during my priest training in which Yasutani Roshi, a well-known Japanese Zen Master, said these words: “The fundamental problem for all humanity is that you believe that you are there and I am here.” This sums up how Buddhism casts a critical eye on the behavior of people — especially in commercial enterprises.

As long as we regard each other not as humans but as the “other,” we will suffer profound abuses in the workplace. Employers will steal their workers’ wages, either overtly or covertly. And all the while they will deny both to themselves and others that this is the case. After all, they are only employees. I — or we — happen to be management, and as such are responsible for the survival and the thriving of the organization. Except that the workers are the organization and a theft against them is one against the group — and me too.

I’m sure that the Yard Boss was being stolen from in some way by his betters back in that myrtle field. He could not have invented the workplace abuse of a child all on his own. I’ll bet it went all the way to the top. After all, what happens at the top flows directly to the bottom in organizations. If “the other” is how we see individuals, we will guarantee they will see us this way also.

So from a Buddhist perspective it is not quite enough to say that we each are our brother’s keeper. We need to feel instead that we actually are our brother. And from this, fair treatment flows naturally. There is then what we Buddhists call Right Livelihood — mutually productive work, with everyone being treated fairly, everyone being treated Right.

[Ven. Sevan Ross was ordained in 1992 as a Zen Buddhist priest by Roshi Bodhin Kjolhede, director of the Rochester Zen Center. Sevan has been training in Zen since 1976 and has served on the resident staff of the Rochester Zen Center for eight years where he served as both administrator of the Center and as Head of Zendo (head priest in charge of training under the Roshi).]

Thanks to Danny Postel / The Rag Blog

This entry was posted in RagBlog and tagged Buddhism, Labor, Spirituality. Bookmark the permalink.