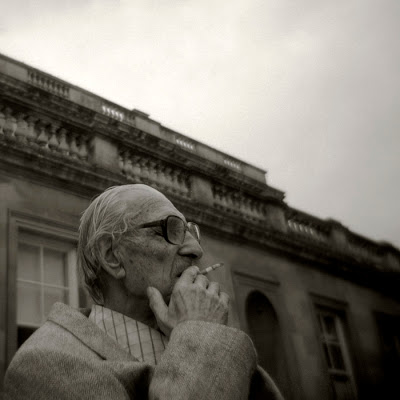 Photo: ‘Contemplating an Uncertain Future’ by Phil Bebbington.
‘If there is to be a decent future for humanity — indeed, any future at all — we must face painful realities with intellectual honesty and moral strength.’
By Robert Jensen / The Rag Blog / November 18, 2008

Expressions of hope are only as truly hopeful as the honesty of the assessment of reality from which they emerge. Conjuring up hope rooted in a denial of reality can only deepen despair in the long run.

That’s why much of the political rhetoric of the past two years may prove not only illusory but counterproductive. So, with much talk of change and hope in the air, now is the time to articulate an authentic sense of hope, one that is realistic. If there is to be a decent future for humanity — indeed, any future at all — we must face painful realities with intellectual honesty and moral strength. We can celebrate the victories we achieve along the way but it’s just as crucial that we stay focused on what remains to be understood and accomplished.

In that hopeful spirit I offer these observations with the goal of generating productive discussion among organizers and activists who oppose the hierarchy and injustice inherent in patriarchy, white supremacy, imperial nationalism, and an increasingly predatory capitalism, and who are concerned about the fragile state of an ecosystem that has been seriously compromised by human action.

–Within my lifetime (the next 25 years or so), we will see dramatic changes in this country and the world that likely are the beginning of a systemic collapse, economically and ecologically. This collapse is already underway in some parts of the world, producing suffering beyond description for the most vulnerable on the planet. But we can expect this eventually to extend in more dramatic fashion to the entire planet, probably within the lifetime of our children (the next 50 to 75 years). Definitive predictions are impossible, but it is reasonable to assume that the destructive forces set in motion by the hierarchal systems that define our world are close to, or perhaps already beyond, the point of no return.

–This country’s political and cultural institutions are not equipped to deal with this coming collapse, and there is very little chance that political organizing rooted in the necessary radical analysis, in the time available, can alter that to any significant degree. We are not prepared for the coming shift out of the current high-energy/high-technology phase, and nothing in recent institutional responses (or non-responses) to the clear signs of this suggests we will be prepared in time.

–These claims often are, and will continue to be, dismissed by many as doomsday thinking, which should not surprise us; it is painful to face these realities. But we cannot expect to prosper by ignoring reality. While there is much grief in confronting this, any hope we have for that decent future demands that we face the grief.

–Given this likely trajectory of the coming decades, more of our political organizing should focus on what comes after this collapse (recognizing that a “collapse” will not be a neatly defined process that unfolds in a clear and bounded time frame). What are the ways of thinking and the social organizations we will need? What sense of self-and-others will help us cope with a dramatically different world? For most people, nothing in our everyday lives is preparing us for this different reality, and it’s long past time we started thinking collectively about this. What ideas and skills — what conception of what it means to be a person, what practical knowledge for living — will be necessary?

–Focusing on these questions doesn’t mean we should abandon work on existing campaigns that address war, poverty, sexual violence, racism, or any of the other existing inequalities and injuries that rightly demand our attention. To give up on those projects in the face of widespread suffering in the here-and-now would be to abandon our humanity. But all of those activities should be planned and executed with this larger framework and longer trajectory in mind. The ongoing social-justice work will inform our thinking on these questions, but significant energy should be shifted to long-term projects.

–None of this should be confused with the apocalyptic thinking that posits, or even celebrates, the end of the world. Instead, these questions are central to the careful planning we will need if there is to be hope for that decent future. Such a future is not guaranteed, and we have to face the possibility that humans may not have the capacity to create it. But we define ourselves by our commitment to the work that makes it possible to imagine that future.

All of this is in flux and open to constant rethinking. Like most of the important choices we must make, we are working not from definitive data but from our best guesses, hunches, informed speculation. While we can’t predict the future with certainty, we still must choose. To assume existing high-energy/high-technology systems will continue indefinitely, simply because many of us in the First World have become accustomed to material comfort and would like this to continue, is delusional.

Robert Jensen is a journalism professor at the University of Texas at Austin and board member of the Third Coast Activist Resource Center. His latest book, All My Bones Shake, will be published in 2009 by Soft Skull Press. Jensen can be reached at rjensen@uts.cc.utexas.edu and his articles can be found online here. This article was also posted at Blog for Our Future.