Robert Jensen : Will Potter and ‘Green is the New Red’ 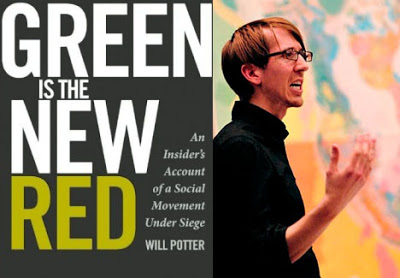 Image from TreeHugger.
Green is the New Red:
An interview with Will Potter

For centuries, the arbitrary use of power by the state against dissidents has been a key threat to freedom. More recently, the concentrated wealth of corporations has emerged as a major impediment to democracy. When those two centers of power decide to come after people, not only do the individuals suffer, but freedom and democracy take a beating.

In his debut book, Green Is the New Red: An Insider’s Account of a Social Movement Under Siege, independent journalist Will Potter details one such assault on freedom and democracy, the targeting of environmental and animal-rights activists.

In recent decades, corporations whose profits depend on degrading the ecosphere started to worry that those activists posed a real threat to their operations. Politicians and law-enforcement agencies responded with laws and tactics targeting not only the illegal actions of some of those groups but also the constitutionally protected speech and association of a wider range of groups. The fear-and-smear campaigns take their toll on the activists.

In a book that alternates between reporting and reflection, Potter not only details the strategy and tactics of corporations and the state, but also gives readers a feel for the human costs for the activists. In an interview, I asked Potter to explain the threat posed by these campaigns.

(Full disclosure: Potter was a student in two of my classes at the University of Texas at Austin. Since his graduation, I have followed his work and now think of him as a colleague rather than a former student.)

Robert Jensen: Let’s start with what you don’t mean by the title, Green is the New Red. You say in the book that you aren’t suggesting the environmental/animal-rights movements are directly analogous to the left/radical/socialist/communist movements that were targeted in the Red Scares of the 20th century in the United States. If the scope of those Red movements was wider and the repression faced much more severe, what is the title intended to communicate?

Will Potter: Although I make clear that what’s going on now is not the same or worse than the Red Scare (nor is it the same or worse than what Arab and Muslim people have experienced since September 11), these current events need to be understood in a historical context. Coordinated campaigns to target and repress dissident voices have taken place throughout U.S. history, and foremost among them is the Red Scare.

For most Americans, of all political stripes, that term is synonymous with using fear to push a political agenda — it is a dark era of U.S. history where lives were ruined, and freedoms chilled, in the name of national security. Beyond those big-picture similarities, though, there are eerie parallels between the Red Scare and this Green Scare, in terms of the specific tactics used by corporations and politicians to instill fear and silence dissent.

Whatever the size or current influence of these radical environmental movements, you write that they are challenging core notions of what it means to be a human being. Based on your experience as an activist and your reporting, how do you assess these movements?

These movements, like all social justice movements, have diverse components. Although it has become fashionable to “go green,” the true nature of the environmental and animal rights movements goes much deeper than promoting hybrid cars and energy-saving light bulbs. They are about more than promoting a quick-fix or advocating environmentalism through consumerism.

These movements are challenging deeply held religious and cultural beliefs that the interests of human beings are always paramount, and that we have the right to use the earth and other species in whatever ways we see fit, costs be damned. These movements recognize that behaving as if human beings are the only species on the planet is destructive, but their critique is more than an appeal to self-interest. It is about critically examining our relationship with the natural world, and all other species on the planet, and questioning what it means to be a human being.

Do you think that is the reason those movements are being targeted, because people in power in government and corporations understand how fundamental that challenge is, and want to suppress it?

Absolutely. In fact, that’s how the threat is often described by these individuals themselves in Congressional hearings, internal corporate documents, FBI memos, Homeland Security reports, and in the media. At first I dismissed much of this as political theater — exaggerating the threat in order to justify the crackdown. For instance, it was hard not to laugh when the CEO of Yum Foods (KFC’s parent company) testified before Congress that PETA represents the threat of a “vegetarian world.” He called them “corporate terrorists.”

But this culture war rhetoric stops being funny when you see how it plays out in real life. PETA, along with other mainstream groups like the Humane Society of the United States, have been attacked as “terrorists” by corporations and politicians, and investigated by the FBI. The only way we can explain that groups like the Humane Society are being investigated as terrorists alongside the Animal Liberation Front is that all of it — the aboveground and the underground, the mainstream and the radical — represents a cultural threat. 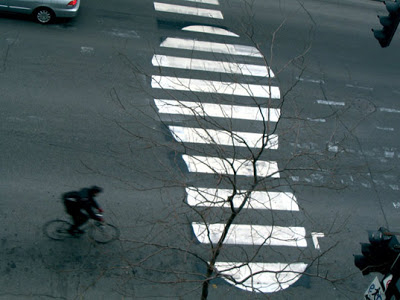 Let’s go back to your reference to the specific tactics used, by both government and corporations, in this campaign. What are some of the most common tactics, and what is the strategy behind them?

The comparison of today’s political climate to the Red Scare was particularly useful in identifying and classifying the tactics used in this campaign. The tactics, then and now, can be grouped into three main areas: legal, legislative, and a third I would call extra-legal, or scare-mongering.

The courts have been used to push the limits of what constitutes “terrorism,” and to hit activists with disproportionate penalties and prison sentences. In this realm the word terrorist is used early, and used often, to skew public opinion against defendants before they ever set foot in a courtroom. At some point these legal tactics have limitations, though, and so corporations and politicians have lobbied for new laws that go even further.

Federal laws like the Animal Enterprise Terrorism Act, coupled with state-level legislation, are being used to single out activists based on their political beliefs. The intention with these legislative efforts is not only to enact new laws, but to use Congressional hearings and political theater to shift cultural perceptions of these movements.

The final element is perhaps the most dangerous of them all. During the Red Scare, court cases and legislation sent people to prison, but scare-mongering tactics (PR campaigns, press conferences, ads, reckless use of language to demonize people) leveraged the weight of fear and incarcerated many more.

The strategy behind these tactics is fragmentation. In discussing this, I think it’s helpful to visualize social movements as having a “horizontal” and “vertical” component. The intention is to separate these movements horizontally, and create rifts between them and the broader left. Animal rights activists and environmentalists are therefore depicted as ideological extremists who, if they have their way, will stop you from eating meat and driving cars and having pets.

There are of course already tensions between these movements and the more traditional left, but campaigns by corporations and politicians intend to exacerbate them. If these movements are not seen as part of a broader social justice struggle, it is easier for other leftist and progressive groups to turn their backs on their repression.

Similarly, there is a campaign to fragment these movements vertically. Aboveground lawful groups are told that they must condemn underground groups, and if they do not they will also be treated as terrorists. This two-prong strategy — breaking these movements away from other social movements, and breaking the aboveground away from the underground — isolates those who are being targeted and intensifies the repression.

Whatever one thinks of the specific analyses or tactics of groups such as the Earth Liberation Front, the accelerating pace of ecological collapse suggests their call to consciousness about the larger living world is more important than ever. After your investigation into the Green Scare, what is your assessment of the likelihood the culture will listen?

As the scale of the ecological crisis we are facing becomes more apparent, and as the backlash against social movements that are challenging our self-destructive culture intensifies, it is difficult to not feel dark, to feel helpless. I certainly feel that way quite often — not just because of the content of my own work, but from the near-blackout in the mainstream press.

Unfortunately, I do not see any of this changing anytime soon. As the ecological crisis accelerates, the accompanying crackdown by corporations and people in power will intensify as well. The people who have the most to lose will cling desperately to that culture as it is threatened, and this includes not just CEOs but much of the overwhelmingly privileged United States and so-called First World.

After all of that, this will probably sound quite odd, but in the face of this I would argue that there are reasons to be inspired. Through my work, and in particular through book and media tours, I have been fortunate to meet people all over the country from diverse backgrounds. What has been striking to me is that, even if people are unfamiliar with the Green Scare or the targeting of political activists, they are rarely surprised.

People may not know the specifics, but they know that corporations have more power than people. They know the scope of ecological destruction is increasing. They know we have no choice but to change but that people in power will not change willingly. I’m not convinced that the question at hand is whether or not the culture will listen, because I think that so many people already feel this. I think the question is: Will we find the courage to be heard?

Listen to Thorne Dreyer’s July 8, 2011 interview with Robert Jensen on Rag Radio, and watch Jeff Zavala’s video of the interview.

1 Response to Robert Jensen : Will Potter and ‘Green is the New Red’