Gasoline may stay cheap until we burn through the current market glut in perhaps a year. 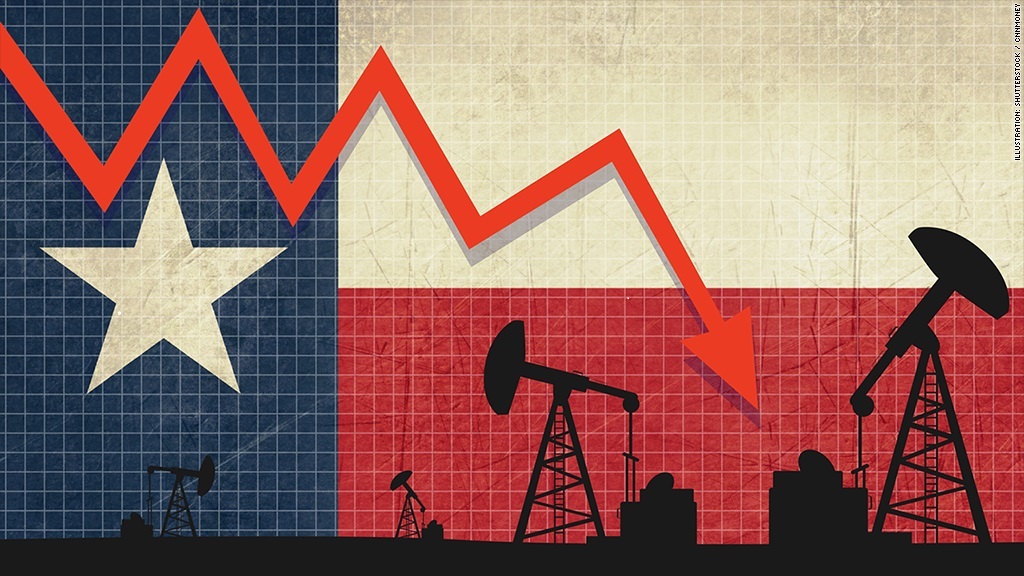 AUSTIN — We are now seeing declining growth and a deflationary economic contraction globally. In fact, the current $40-plus a barrel oil price is by itself good proof of that. The global collapse in the price of oil shows that with global supply remaining roughly constant over time at about 95 million barrels per day. The current low oil price, together with a price slump in other industrial commodities like iron ore, is really an indication of a broad and deep contraction in the global economy, much like 2008-2009.

The Texas shale drilling industry was supposed to keep us driving normally forever, or at least until the economy could recover enough so we could afford to make a transition to electric cars, right? Everyone connected to Wall Street and its financial followers with any media influence were saying that only about a year ago. Then the global oil price gradually collapsed from over $100 a barrel in mid-2014, down to its current price of about $45.

The reason that the Texas shale drilling boom is now in a state of deep decline and won’t easily bounce back is that shale drilling is losing money. Shale oil really needs $80 a barrel or above to break even in the context of fast well decline and shrinking number of sweet spots left to drill.

Shale drillers must keep producing oil at a loss because of their largely junk bond financing.

The global demand for oil sold in the currently strong currency of U.S. petrodollars has been shrinking faster than global supply. Despite the low price, shale drillers must keep producing oil at a loss because of their largely junk bond financing and debt. The Texas shale drlllers are forced to sell below cost to bring in enough oil revenue to avoid bankruptcy, as we are seeing now.

The shale oil drilling boom on close examination resembles a Wall Street investment fad, an asset bubble based on the combination of cheap money from the Fed combined with junk bond debt.

The loss of Texas shale oil jobs and production is a heavy hit for the Texas economy, recently estimated by the Dallas Federal Reserve to cost about 150,000 jobs (largely high paying drilling-related jobs) .

Gasoline may stay cheap until we burn through the current market glut in perhaps a year, but after that we are nearly certain to face another fuel unaffordability crisis that will interfere with “normal” driving. This podcast discussion between Texas oil producer and scholar Jeffrey Brown and economist Chris Martenson discusses the latest global oil production data that leads to a similar conclusion.

In fact U.S. driving changed radically and stopped increasing about 2007 due to a poor economy and higher fuel prices. Now as we see, driving has increased a few percent in the last year due to cheaper fuel, as this FHWA chart of aggregate U.S.driving makes fairly clear. 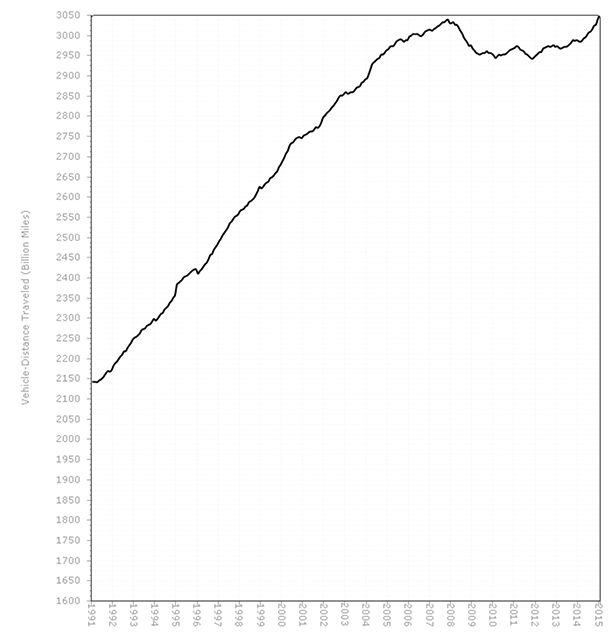 Those who understand oil economics and geology should know that any long term bond debt that depends on the assumption that American drivers, and, locally, Austin drivers, will always keep driving more and in greater numbers, even for another decade, is taking an enormous risk.

[Roger Baker is a long time transportation-oriented environmental activist, an amateur energy-oriented economist, an amateur scientist and science writer, and a founding member of and an advisor to the Association for the Study of Peak Oil-USA. He is active in the Green Party and the ACLU, and is a director of the Save Our Springs Alliance and the Save Barton Creek Association in Austin. Mostly he enjoys being an irreverent policy wonk and writing irreverent wonkish articles for The Rag Blog.]