Roger Baker :
POVERTY | We need a federal solution to homelessness

Austin Mayor Steve Adler has been ordered by Gov. Abbott to make the homeless camps under the Austin freeways go away. 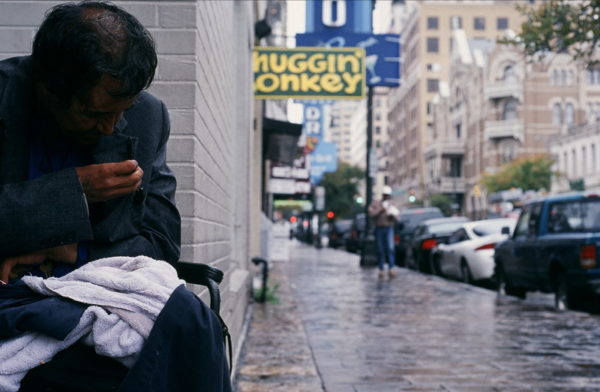 AUSTIN — The following is from an article by Jonathan Lee in the Austin Monitor, March 24, 2021:

…City Council hopes that solving homelessness — the city’s biggest priority — may finally be within reach thanks to President Joe Biden’s $1.9 trillion stimulus package. Council members spoke effusively at Tuesday’s work session about the “transformational” change possible if the city concentrates its portion of the American Rescue Plan — $195.8 million — on solving key issues instead of spreading the money thin.This is the chance, Mayor Steve Adler said, to “take one of our most significant challenges and just fix it…

All the money must also be spent by the end of 2024. The city plans to allocate much of the funds to departments and programs this fiscal year, doling out the rest by the end of Fiscal Year 2022. The city’s ability to enact such change also depends in large part on how Travis County spends the $247.1 million it received — a far greater amount than expected…

Austin Mayor Steve Adler has been ordered by Gov. Abbott to make the sad and depressing homeless camps under the Austin freeways go away. Out of sight, out of mind. But homelessness is a problem that begs for an intelligent national or federal solution. It stems in large part from a lack of new service sector jobs capable of paying the rent in a costly city like Austin. It is clearly a growing national problem.

This big new bundle of local money, about $250 million for Austin, is the latest ONE TIME federal windfall. It doesn’t fix the core problem of the lack of jobs or training, an economic problem now tied to extreme U.S. income inequality. The three richest men now have as much wealth as the entire lower 50% of the U.S. population and things are getting worse. The 500 wildly rich U.S. billionaires are still running the show, opposing any taxation of their wealth, intent on buying politicians who will preserve their astronomical wealth and preserve the status quo. This is not a healthy or sustainable situation.

Here is how James Rickards sees the current situation; one more characterized more by a fearful reluctance to spend their new fiscal stimulus savings, for now at least. Read the article here.

…February retail sales slumped because there was no government handout that month. A new handout is coming, this time $1,400, so we may see a boost in retail sales again in March. When the government distributes free money, sales pick up but then fall back when the handouts stop. How long can the government keep handing out checks? The point is that there is no underlying, strong demand…

If the private Fed and the public U.S. Treasury Department get together they can hand out an enormous amount of fresh new money to Main Street (as well as Wall Street as usual). But they can’t easily convince a fearful public to spend it. Not unless they hand out so much that the sheer quantity overcomes fear. But at this point, the process can be hard to stop before it tends to get out of hand — with the newly minted money chasing commodities that everyone needs like food, rent, and energy. The important factor that the government cannot control is spending psychology, characterized by the velocity of money. If you pass out enough free money, you get more spending, but with very little control.

As the money circulates faster, and with a fixed supply of goods — it increasingly loses its spending power. This is an invitation to hyperinflation, dying money, and a world of misery.
The Fed’s Zero interest rates is one way to say free money for the well-connected rich. Zero interest is a pathological condition that has never been seen before in economic history. To claim that this is a normal situation that can be fixed by handing out free money without any national jobs policy or industrial policy is a ridiculous aspiration. All this free money policy does is creates a dependence on additional free money, as the buying power of the dollars gradually erodes, due to too many dollars chasing the limited available necessities produced by a stagnating economy.

The core problem is not a want of free fiat money. The core problem is the lack of a federal incentives program that encourages and rewards those who contribute their skills and labor to build and maintain a sustainable, well-balanced economy.

[Roger Baker is a longtime transportation-oriented environmental activist, an amateur energy-oriented economist, an amateur scientist and science writer, and a founding member of the Association for the Study of Peak Oil-USA. He is a director of the Save Our Springs Alliance in Austin. He is a political independent, and a persistent advocate of shifting to sustainable growth on a finite planet before we have no choice.]