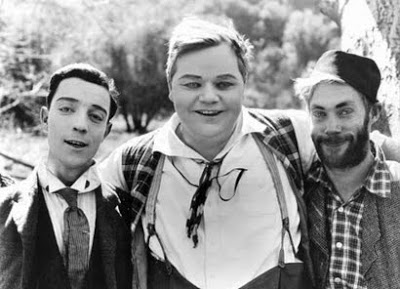 His artistic defenders cling to the slim excuses the situation affords. It was a youthful indiscretion. It was, but not for Polanski.

Roscoe Fatty Arbuckle was Buster Keaton’s close friend. Arbuckle had rescued Keaton from Vaudeville, bringing him to Hollywood to act in his two reel (silent) movies in the early 1920s. Fatty had been one of the original Keystone Cops, comically inept policemen whose sped up enforcement activities are still pretty funny to watch in black and white. Thanks to Arbuckle, Keaton’s stone face became star material. Keaton was never known to smile on camera after that time.

As everyone must know by now, Roscoe Arbuckle was the subject of Hollywood’s worst scandal. An actress died at one of his parties, and the rumors and allegations about the circumstances surrounding her death made it certain that Fatty Arbuckle would never work in Hollywood again. His old friends suddenly disappeared, despite the fact that the subsequent trial cleared Arbuckle. The only friend who stuck by Fatty was Buster Keaton. And for that (and perhaps some other reasons), Buster was also blackballed in Hollywood.

But who wasn’t to blame? Charlie Chaplin was a genius, but also had a talent for involvement with underage girls. He eventually left the USA and never came back. Hollywood is about sexual fantasy. It’s not supposed to spill over into life? What are gossip columns for?

Fast forward the movie to the 1970s and you could see the latest generation of bad boy Hollywood directors. Pedophilia was a current running through Woody Allen’s art films. His involvement with the underage Mariel Hemmingway, other dalliances culminating in his courtship and eventual marriage to his own step-daughter. This was cutting edge patriarchal license at the time and remains some sort of world record I’m sure for male star sexual audacity. 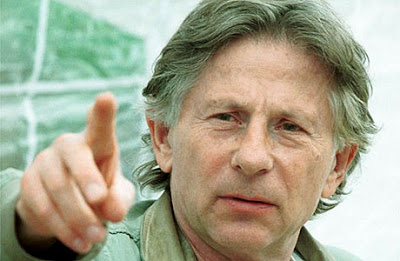 Filmmaker (and wanted man) Roman Polanski.
And of course there was Roman Polanski, who everyone wanted to cut some slack for because his wife, sex symbol Sharon Tate and his unborn child had been murdered by the Mansonites. If only the underage girl Polanski drugged and had non-consensual sex with had been sixteen, instead of uh…. thirteen. That’s a little young, even by Hollywood standards. Roman did the deadbeat, splitting the USA in a hurry to avoid sentencing. And somehow he has avoided it ever since. Until last week when the Swiss arrested him on the old US warrant.

His artistic defenders cling to the slim excuses the situation affords. It was a youthful indiscretion. It was, but not for Polanski. He was 45 years old. The victim has forgiven him. But not at the time it appears, for he was arrested. His art makes him above the law…

Shades of Norman Mailer. Mailer, the self promoting novelist and historian, defended Henry Abbott, the sensational prison author, helping to get him released in the early 1980s. After Abbott snapped at the Binibon Restaurant (corner of Second Avenue and Fifth Street), stabbing and killing the owner’s son in law Henry Adan, Mailer refused to back down from supporting Abbott as an artistic genius who somehow deserved to be placed above the law.

Too bad Hollywood never considered forgiving Fatty Arbuckle. It would have been great to see what kind of art he (and Buster Keaton) would have created had they been allowed to continue to work on big budget movies. They were saints compared to these modern guys.

(If you can find a copy, the best book to read on Buster Keaton is still Keaton, by my grandfather, Rudi Blesh.)

Buster once told Rudi: “I’m on the side of the animals…”