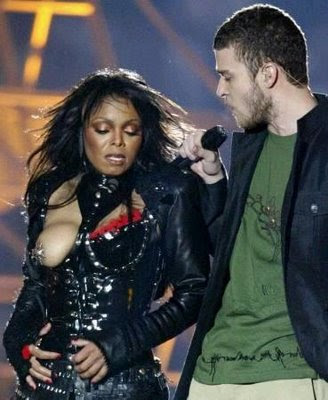 A federal appeals court in Philadelphia has thrown out the $550,000 fine the FCC imposed on CBS for airing Janet Jackson’s breast for nine-sixteenths of a second during the Super Bowl halftime show in February 2004.

The court ruled that because “the commission frequently declined to find broadcast programming indecent, its restraint punctuated only by a few occasions where programming contained indecent material so pervasive as to amount to ‘shock treatment’ for the audience,” it had effectively changed the rules on CBS without warning.

“The FCC arbitrarily and capriciously departed from its prior policy excepting fleeting broadcast material from the scope of actionable indecency,” the court said.

You can read the ruling in PDF format here, and I heartily recommend it for the play-by-play of the FCC’s dishonesty in its pursuit of alleged indecency under chairman Michael Powell. Also for the details on a case called Young Broadcasting, because it was an important precedent here, but more importantly because it involved penis puppetry.

Pending further appeals by the FCC, CBS gets to keep its half mil, but the rest of us will never get back all those seven-second delays that resulted. They add up, you know. With all the sports I watch on TV, I’m more than eight hours behind actual time.

The incident did leave us with the phrase “wardrobe malfunction,” Justin Timberlake’s super-lame excuse for what happened when he sang the words “gonna have you naked by the end of this song” as he ripped Jackson’s bodice. Pathetic excuse, but a great phrase.

The whole thing was a pathetic excuse for a controversy, really. Jackson’s breast was exposed for just over half a second. It was actually pretty easy to miss. This column missed it in real time and had to be alerted by a friend to check the TiVo. The friend called and said something like “Did I just see what I think I saw?”

Whatever the merits of the case — and the ruling goes into some detail about how the FCC changed the rules midstream and then, in the Young Broadcasting case, tried to pretend that the earlier rules, described many times over three decades, had never existed — the huge fine of CBS being overturned is a good thing because that kind of draconian punishment only encourages more similar nonsense, more political opinions masquerading as think-of-the-children moral vexation.

If the FCC wants to make itself useful in the sports realm, it should do something about the blackout rules.