Sarah Palin: Unfit for the Office of Vice President 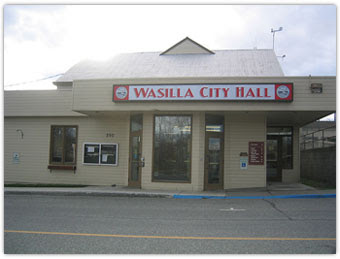 There are many reasons why most Americans should be turned off by Republican presidential candidate John McCain’s last-minute choice of Sarah Palin as his running mate.

She’s an evangelical Christian who believes in creationism and thinks this fantasy belongs in the school science curriculum alongside evolution. She’s opposed to the right to abortion. She thinks global warming is not a proven phenomenon. She favors drilling for oil in the Arctic Refuge and damn the environmental consequences. This supposedly family-centered “hocky mom “is happy about sending her 18-year-old son off to war in Iraq, even as Iraq is trying to shoo us out of the country and even as the president is tacitly admitting that the whole thing is a bust by agreeing to a timetable for withdrawal.

But the real reason Palin, the former mayor of little Wasilla, Alaska (pop. 5000 when she was there) and two-year governor of Alaska, is a disastrous pick for the vice presidency on a ticket headed by an ailing 72-year-old presidential candidate who has suffered two bouts of melanoma and who is showing early signs of dementia, is the evidence that she has abused power as governor.

We’ve had eight years of a president and vice president who have abused their executive power, using the awesome capabilities of the state to spy on Americans, inserting fake news in the media, pressuring news organizations not to run important stories, silencing protests by penning in all critics in remote “free speech” zones, attacking individual critics with White House-directed campaigns that border on treason, as in the case of the outing of CIA undercover operative Valerie Plume, whose husband had criticized a Bush argument for invading Iraq, and threatening government scientists who wanted to report their legitimate findings on climate change.

We have seen over these past eight years just what abuse of power can do to destroy democratic government and a free society.

So now we have Gov. Palin, whom evidence suggests may have abused her power as governor of Alaska to fire the state’s public security director after he blocked her efforts to destroy the career of a low-level state trooper who happened to be her former brother-in-law, because she wanted to avenge a sister engaged in an ugly post-divorce custody dispute.

Published allegations would show that both Gov. Palin’s husband Todd Palin, and members of her staff, repeatedly called and harangued state Public Safety Director Walt Monegan, who says he was “pressured” to fire the brother-in-law, Officer Mike Wooten. The Palins have charged that Wooten drank beer in his patrol car, hunted moose illegally and that he once fired his taser at his 11-year-old step son—charges that Wooten has denied. They have also claimed that Wooten threatened Sarah Palin’s father—also denied by Wooten.

Also interesting—the charges that were made against Wooten were for things that he allegedly did years before, and for which, where appropriate, he had already been disciplined or exonerated by his employer. That taser incident, if it happened, was when the stepson was 11. The boy, now 17, reportedly lives these days with the allegedly trigger-happy step dad. The alleged beer and hunting incidents also predate the divorce, which raises questions of why, if those charges warranted Wooten’s firing from the police force, the supposedly ethics-obsessed Palin would not have raised them back at the time with his superiors.

Palin has improbably denied that she had “anything to do with” her husband’s calls to Monegan. She subsequently fired Monegan and got his successor to fire her sister’s ex from the police force. (Her pick to replace Monegan is being accused of sexual harassment!).

The Republican state legislature has voted $100,000 to fund an independent investigation into the abuse of power charges against Palin, and there is talk of a possible impeachment proceeding, too. Palin has denied that she did anything wrong. The investigation, which is expected to take three months to complete, will drag on through the entire presidential election campaign.

One thing is clear: Whatever Palin’s troglodyte social and political views, Americans don’t need another vice president who views public office as an opportunity to abuse his or her power for personal or political vendettas.

The other thing that is clear in all this is that McCain, who is running for president in part on a claim of competence, has certainly demonstrated a lack of same in his naming of Palin, whom he reportedly only decided on this past week and after only speaking with her last Sunday by phone. (His campaign says he also met her once briefly last February at a state governors’ convention in Washington.)

The Alaskan “troopergate” abuse of power scandal, which will now play out through the coming weeks, clearly was not vetted by McCain and his staff, and no doubt will turn off a lot of one natural Republican constituency: law enforcement officers, who expect to have any charges leveled against them handled by due process.

If even some of the charges against Palin are true, her actions should make her unfit for the office of vice president, particularly on the ticket with a man who is pushing the actuarial envelope in running for president.

[DAVE LINDORFF is a Philadelphia-based journalist and columnist. His latest book is “The Case for Impeachment” (St. Martin’s Press, 2006). His work is available at http://www.thiscantbehappening.net/. ]

Thanks to Mariann Wizard and Diane Stirling-Stevens / The Rag Blog