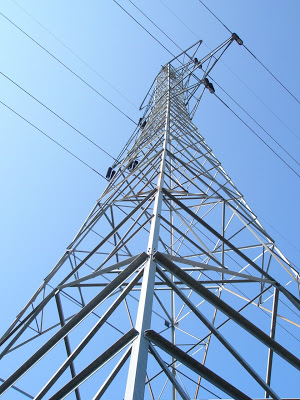 Lattice towers like this one will carry high-voltage electrical power lines from West Texas wind farms through the Texas Hill Country.

When I came back to New York City a couple of years ago after a year’s “sabbatical” in my native Texas, I signed up for wind as the source of my electricity to be delivered by ConEd.

Being a “green” kind of person, I felt somewhat virtuous about this, despite the patent ridiculousness of the very idea that my personal kilowatts would now magically come from a windmill somewhere upstate, while those of my heedless neighbor in the next apartment would still be generated by planet-heating coal.

Then the news came from the folks back home, and the bigger picture was suddenly thrust before my city-dwelling, can’t-see-past-the-next-corner eyes.

On July 29th, the Lower Colorado River Authority (LCRA) submitted its revised “Certificate of Convenience and Necessity” (CCN) to the Texas Public Utilities Commission (PUC) for the construction of high-voltage electric transmission infrastructure across the Texas Hill Country.

After months of hearing from the public about the potential irreversible damage to the environment, the economy, and the livelihoods of those affected by the proposed lines, the revisions looked very much like the original proposals, only just more complicated and with a clearer effort to do a better PR job than the first time around.

Here’s what I posted to my Facebook page as soon as I got the latest, updated aerial photo of the patch of ground in that affected region closest to my heart. 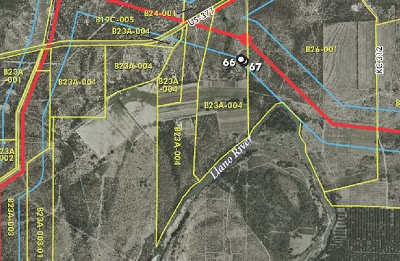 See the three yellow boxes just above and to the left of the words “Llano River.” That’s the family farm. See the white dots… numbered 66 & 67. Those are where I have enjoyed some of the best meals and most loving gatherings I’ve ever experienced in my life, with family and friends. See the big red lines. That’s where the “preferred route” is located for sending West Texas wind energy to the I-35 corridor to light up and air condition urban landscapes where you can’t see the stars or smell the breeze blowing out of the hills. See the big red spot. That’s where one of those big, 14-story made-in-Mexico steel lattice towers will be planted to hold up the lines (those lines where you can stand underneath and hold a fluorescent bulb in your hand and it will light up on its own).

Meantime the bro’ in his Kerrville TV station interview the other day took the lady’s question about his personal property situation and turned it round immediately to the question even closer to his heart, which is about preserving one of the most amazingly ecologically diverse open spaces left in the state of Texas, and among the top 20 in the world. I am not so generous as he is. I am really, really pissed. Because my brother and his family — my family — are the connection of this old city-dweller and rootless vagabond to my roots, and to the land.

Run, Spot, run. Or else I am coming after your head on a platter.

If, like me, you’re a city dweller who wants to support green energy, here are some links to the bigger picture. Between now and the end of August there is an opportunity for more public input — and I’m sure those who live in the Hill Country and will be directly impacted by this very un-green infrastructure would appreciate support from some of the intended consumers living at the end of the line along the I-35 corridor.

[Carol Neiman, a founding editor of the original Rag in Austin, coauthored A Disrupted History: The New Left and the New Capitalism, and has written or edited a number of other books. She lives in New York City but wishes she were back on a front porch in Texas, drinking a margarita.] 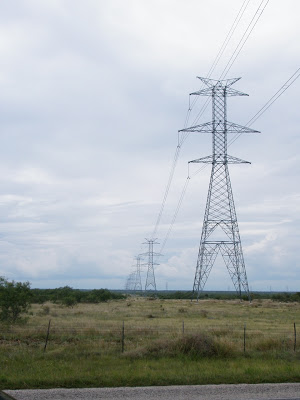 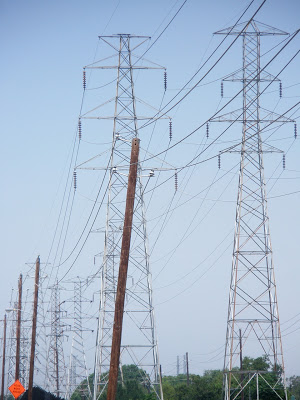