Scott Roeder : The Anti-Abortion Zealotry of the Radical Right 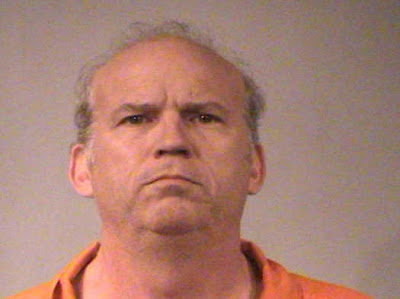 The [right wing] nationalists, including a more virulent white nationalist extreme, are gathering strength and getting bold, even though they are still a militant minority.

See ‘Racism, Anti-Semitism and the Murder of Dr. Tiller’ by Leonard Zeskind, Below.

I think this is not isolated, but symptomatic of a rising problem. The rightwing camp is split between the neoliberal globalists, say Gingrich as spokesman, and the anti-global nationalists, say Dobbs, Hannity as spokesmen.

The globalists are currently weakened. But They will use legal means, but they are preparing extra-legal, armed means for taking down Obama and Democrats generally. “Rightwing Populism” is the general rubric used to fan the flames here. We have to take it seriously, and especially combat its effort to influence the working class.

This doesn’t mean being alarmist or projecting conspiracies everywhere, but still exposing and thwarting it as best as we can.

Racism, Anti-Semitism and the Murder of Dr. Tiller

Scott Roeder, who is being held in a Wichita jail as a person of interest in the murder of Dr. George Tiller, is widely known for his anti-abortion zealotry. Less understood is his connection to the so-called Christian common law courts and the militia movement. In the mid-1990s, Roeder associated regularly with both Kansas militiamen and he declared him self a “sovereign” citizen, immune from the responsibilities of paying taxes or driving with a registered license plate.

The notion of “organic sovereigns” was first promoted by the Posse Comitatus, best known for its tax protest politics, but imbued also with the racist and anti-Semitic ideology known as Christian Identity. According to this doctrine, Jews are satanic creatures and people of color are less-than-fully human. And the Posse found a number of devoted followers in Kansas. At an August 1983 outdoor meeting in Cheney Lake State Park, farmers mixed with Wichita residents who believed that white Christians who renounced their ties with the “Zionist-controlled” government were “sovereigns.” Their rights trumped those they declared to be “Fourteenth Amendment” citizens — meaning people of color and non-Christians. It was an arcane theory which promoters sometimes used to justify tax protest, embezzlement and larceny. But its central tenets placed it at the heart of the white nationalist movement, which contended that the United States was, or should be, a white Christian republic rather than a multi-racial democracy.

These ideas reached their apotheosis in the mid-1990s, when a group calling itself the Freemen, set up an armed encampment on a farmstead in Montana. A noticeable nest of Freemen had established itself in Kansas, and authorities noted Roeder’s association with the Freemen at that time. After the Montana group surrendered in 1996, this particular iteration of white nationalism was pushed aside as other forms, some more openly national socialist in their orientation, took its place at the front of the movement.

This white Christian notion of sovereign citizenship remained strong long enough to mix with the unhappy edges of anti-abortion activism in Kansas — including those who had staged massive sit-ins in 1991, in an attempt to shut down Dr. Tiller’s clinic. In August 1997, in the Topeka state capitol building, a former Tiller clinic protester named Paula Drake, who had married a Posse Comitatus farmer, ran a “Christian common law court” similar to those convened by the Freemen. Although Ms. Drake was the obvious force behind this meeting of twenty-five mostly middle-aged men, she insisted that her husband was actually running the program. The Bible commanded that women must serve men, she told an observer. The same ideas that once motivated her to protest Dr. Tiller inspired her to “indict” judges and other government officials in her “court.”

The same confluence of white nationalism with anti-abortion zealotry showed its faced in the first murder of an abortion doctor, Dr. David Gunn, in 1993 in Pennsacola. In that instance the triggerman was a Joe Regular Guy named Michael Griffin. But Griffin was heavily influenced, indeed completely under the spell of a local leader named John Burt, who admitted that he was “very active” as a Klansman in St. Augustine in the 1960s. With Burt also, attacks on Dr. Gunn were of a piece with the racist violence of a previous era.

These are not simply isolated instances. Rather they represent the tip of a social movement that is completely alienated from the culture, society and government of the multi-racial, multi-ethnic American people. Their allegiance is to another set of laws and values, one in which the color of their skin is a badge of their national identity. Not all are violent, and many hope to someday win a following among a majority of white people and reclaim the country that they believe belongs to them alone.

The presidency of Barack Obama has not stilled their passions, nor was his nomination of Judge Sonia Sotomayor to the Supreme Court the only motivating factors in this killing. Something much whiter and more dangerous was let loose long before last November. And we have not heard the last of it.

[Leonard Zeskind, a resident of Kansas City and a MacArthur Fellow, is the author of Blood and Politics: The History of the White Nationalist Movement from the Margins to the Mainstream, published by Farrar Straus and Giroux in May 2009.]

4 Responses to Scott Roeder : The Anti-Abortion Zealotry of the Radical Right