Sheehan: With an ‘F’ for the First 6 Months, That Leaves Plenty of Room for Improvement 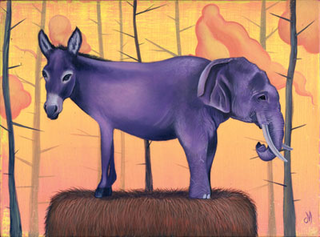 “When a government lies to you, it no longer has authority over you.” Cindy Sheehan. Dallas, 2005

Okay, so the United States of America has had a new puppet regime for six months now. I was never so much into giving Obama a “chance” and I think it’s way past time to call Obama and his supporters out, like we called Bush and his supporters out. Our Presidents are merely puppets for the Robber Class and Obama is no exception.

I am observing very little “change” in actual policy, or even rhetoric from an Obama regime. Granted, his style and delivery are more polished than the last puppet, but especially in foreign policy, little has changed. Evidently we elect Presidents based on empty rhetoric and if we can find someone who can say very little using many words, that’s better. I knew a year ago when Obama and his ilk were blathering on about “change” that they didn’t mean positive “change” for us, but it’s a shame Obama’s voters didn’t ask him to be a little more specific or demand some good “change.”

Besides foreign policy where he is a complete disaster, it appears Obama’s jobs program is little more than adding tens of thousands of troops to an already bloated military, instead of bringing troops home from anywhere. Billions will go to the money trap of the Pentagon to invest in recruiting, where the budgets of peace groups who do counter recruitment are tanking.

This is the 3rd week in July and already it’s the deadliest month for US and coalition troops deaths in Af/Pak. Who would ever have thought when violence is surged, then deaths would surge, also? I think I’ve seen this movie before.

The blueprint for this disastrous administration came early when O appointed nothing but neocons to his foreign policy team. The Secretary of State and the National Security advisor have even both admitted that the Council on Foreign Relations/Henry Kissinger are calling the shots.

Sec. Clinton at a speech at the new HQ for the Council on Foreign Relations:

I have been often to, I guess, the mother ship in New York City, but it’s good to have an outpost of the Council right here down the street from the State Department. We get a lot of advice from the Council (Council of Foreign Relations), so this will mean I won’t have as far to go to be told what we should be doing and how we should think about the future.

National Security Advisor, James Jones, who also VERY coincidentally, I’m sure, was on the boards of directors of Chevron and Boeing, had this to say earlier this year:

As the most recent National Security Advisor of the United States, I take my daily orders from Dr. Kissinger. Jones was also giving a speech to the Council on Foreign relations at the time. Kissinger is a fabulous role model for war, don’t you think.

How many deaths will Kissinger be forced to atone for when he goes to the same place as McNamara? Wherever prosperous war criminals go to when they die?

As an early, ardent and unapologetic supporter of the Bush Pre-emptive Wars of Aggression Doctrine, Sec. Clinton showed her true colors early on in her tenure as an elected official and, of course, Jones is a war profiteer. Added to this mix is George Bush’s SecDef, Robert Gates, and these are just the main players. Contrary to his “promise” Obama has appointed former lobbyists to key positions in the Pentagon.

We all know all of these things, but the more things “change” the more they stay the same. Apparently the OBots are co-opting the excuses of the BushBots to justify their savior’s surge in Afghanistan and Pakistan and broken promise after broken promise in Iraq.

The other day Howard Dean, on DemocracyNow!, told Amy Goodman that although Iraq was bad, we need to stay in Afghanistan because, first and foremost, for the women:

And if we leave, women will experience the most extraordinary depredations of any population on the face of the earth. I think we have some obligation to try and see if we can make this work, not just for America and our security interests, but for the sake of women in Afghanistan and all around the globe. Is this acceptable to treat women like this? I think not.

“There’s still a risk to women in Afghanistan. I hope the people of the United States will stay committed. We don’t want to see Afghanistan go back to what it was before.”

I have been on my Myth America Book Tour for three months now and almost everywhere I go, an older white male will stand up and say: “Cindy, we really need to stop allowing Iraq to distract us. Afghanistan always was the place we needed to focus our attentions!” And besides the other neocon reasons given for why US troops need to decimate that country further and kill more innocent women and children is: you guessed it: For the women!

So, we are literally sending in the cavalry to rescue the poor women of Afghanistan, and the patriarchal state apparatus and its zombie adherents don’t care how many women we have to kill to save them.

I give Obama an “F” for his first six months. There has been nothing to like from his continuing the Bush failed economic policies to excluding single-payer advocates from the table. Not to mention reinforcing and protecting Bush Crimes.

The good news is: He’s got plenty of room for improvement!

2 Responses to Sheehan: With an ‘F’ for the First 6 Months, That Leaves Plenty of Room for Improvement