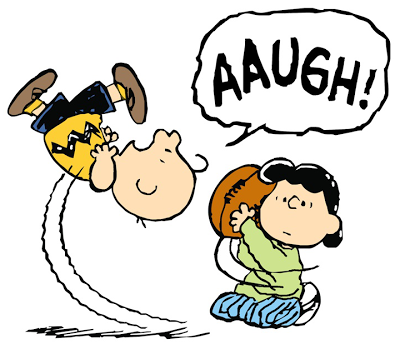 Bait and switch:
The Republican assault on Medicare

The Republicans used the election of 2010 to pull off an impressive bait-and-switch operation.

They campaigned against health care reform because it trimmed money from Medicare. It did trim the Medicare budget, but the Republicans falsely claimed it cut benefits. The public handed them the power to steer economic policy and they used control of the House of Representatives to launch a scheme to gradually defund and privatize Medicare.

They also promised to restore jobs and to introduce employment-producing legislation. President Barack Obama was too gentle to point out that they had done nothing about jobs. He did show the bait-and-switch attack on Medicare, and the Republicans instantly cried “foul,” claiming he was being partisan and inaccurate. As usual, they neglected to support their complaint with hard facts.

In the budget the House passed for 2012, Budget Chairman Paul A. Ryan mainly called for huge cuts in Medicare and Medicaid. The Ryan plan proposes dramatic cuts in federal Medicare, especially for people now under 55 years of age.

Estimates vary on how much will be cut in a decade, ranging from $4.3 trillion to $5.8 trillion. The lion’s share of the cuts will come from Medicaid. Obama’s proposed spending on transportation will be cut by 41%, and spending on education will be slashed by 36%. Energy spending will be reduced to zero, and veteran’s will take a $19 billion hit. There will be a reduction in agricultural subsidies. There will be sharp cuts in low-income housing, Pell grants, and food stamps.

The Republican plan aims to destroy the health care reform plan by starving it of funds. There would be no cuts to defense spending beyond the $78 billion in savings over 10 years that Secretary Robert Gates has identified.

About two-thirds of the savings come out of the hides of low-income citizens. Ryan does this by making Medicaid into block grants, thus enabling the states to trim even more Medicaid services, and by giving future Medicare recipients, in 2022, subsidies to add to their own funds to purchase private insurance. The subsidies would go directly to insurance companies from whom they are buying health insurance with their own funds.

At the outset, the individual would be paying over $6,000 out of pocket for coverage in just the first year. Within 10 years of the Ryan Budget’s enactment, people covered by the new provision would be paying all of their Social Security to purchase private medical insurance.

The Congressional Budget Office estimates that in 2030 the voucher would cover about a third of the cost of health insurance. Paul Ryan is not providing cost containment or any minimum of coverage. At the same time, he cuts taxes by a like amount for the wealthy, the near wealthy, corporations, and business.

In its first 10 years, the Ryan Plan cuts taxes for the wealthy and near wealthy as well as businesses and corporations by $4.3 trillion. Over 10 years it cuts spending by $100 billion, which does little to trim the deficit. A less discussed provision of the Ryan plan is the complete repeal of the Dodd-Frank financial reform act. This will make another meltdown of the financial system more likely and will put the taxpayer in line to again bail out institutions that are too big to fail.

Because it confers so much on the rich and business, the Ryan plan would not bring the budget into balance even after 20 years. It is a political marker designed to set the terms of the 2012 election. It ends the Obama health care plan, calls for gradual defunding of some entitlements, and preserves tax benefits for the wealthy and business.

Pundits praise Ryan as the Republicans’ best economist. What he offers is not economics at all. He presents no framework or arguments that economists could recognize as being related to the discipline of economics. True, the Heritage Foundation cranked out a study to support his scheme, but that organization has become famous for generating boilerplate to support far-right schemes.

The fact is that Ryan is trying to enact the theories of Ayn Rand, a novelist/amateur philosopher, who offered a framework for society that is like Marxism turned on its head. Ryan has said, “The reason I got into public service, by and large, if I had to credit one thinker… it would be Ayn Rand.” He requires his staffers to study Rand’s Nietzschian tracts.

The idea is to direct more rewards to the creative few and to destroy the welfare state, which supposedly prevents people at the top from unleashing their creativity.

Ryan’s plan is about reordering society, not about wiping out the deficit. This approach is very popular with political fundamentalists and the Tea Baggers because they are certain they are the creative few and are being held back because government is helping lesser people. Ryan is serving up a large dose of Social Darwinism at a time when such selfish and ugly sentiments are very popular.

2 Responses to Sherman DeBrosse : The Republican Bait and Switch