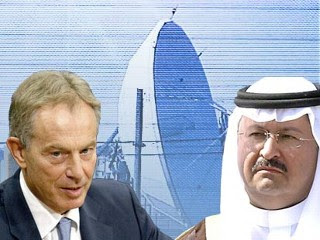 David Murfee Faulk told ABCNews.com he saw and read a file on Blair’s “private life” and heard “pillow talk” phone calls of al-Yawer when he worked as an Army Arab linguist assigned to a secret NSA facility at Fort Gordon, Georgia between 2003 and 2007.

Last month, Faulk and another former military intercept operator assigned to the NSA facility triggered calls for an investigation when they revealed U.S. intelligence intercepted the private phone calls of American journalists, aid workers and soldiers stationed in Iraq.

Faulk says his top secret clearance at Ft. Gordon gave him access to an intelligence data base, called “Anchory,” where he says he saw the file on then-British prime minister Tony Blair in 2006.

Faulk declined to provide details other than to say it contained information of a personal nature.

A spokesman for Blair, who stepped down as Prime Minister in 2007, said there would be “no comment” on Faulk’s allegations.

Collecting information on foreign leaders is a legal and common practice of intelligence agencies around the world but under a long-standing agreement, the U.S. and Britain have pledged “not to collect on each other,” according to several former U.S. intelligence officials.

“If it is true that we maintained a file on Blair, it would represent a huge breach of the agreement we have with the Brits,” said one former CIA official.

In the case of the former Iraqi president, al-Yawer, Faulk says his “pillow talk” phone calls were to his fiancé, whom he later married. Faulk says the calls were intercepted by operators in the NSA facility at Ft. Gordon, Back Hall, and posted on the computer system for others to read about and hear.

Faulk described the al-Yawer calls as “courting, wooing and pillow talk” with an Iraqi woman he would later marry Nasrin Barwari, the minister of public works in the interim government.

Al-Yawer was the first President of Iraq’s interim government between 2004 and 2005.

At the same time, U.S. intelligence was monitoring his private calls, al-Yawer was flown to Washington to meet President George Bush in the White House.

“I’m really honored you’re here,” said President Bush as he greeted al-Yawer in front of reporters in the Oval Office.

Al-Yawer, now divorced, could not be reached for comment. His ex-wife told ABC News she did not want to comment on the allegation that her private phone calls with her then fiancé were being intercepted by U.S. intelligence.

The NSA declined to comment on the specifics of Faulk’s allegations involving al-Yawer and Blair.

In a statement, a spokesman said the agency follows all laws.

The Inspector General for the NSA is reported to be conducting an investigation into the allegations by Faulk and another former military intercept operator, Adrienne Kinne, about listening to calls between American citizens.

The Senate Intelligence and Judiciary Committees also are investigating the allegations about calls involving American citizens.

This entry was posted in RagBlog and tagged Great Britain, Iraq, Spying, Tony Blair, US Intelligence. Bookmark the permalink.