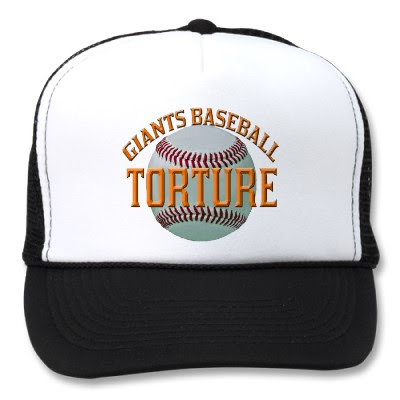 SAN FRANCISCO — The return of liver cancer has afforded me an unexpected opportunity to contemplate the National Pastime.

As I emerged from a bout of chemotherapy in late September, the San Francisco Giants were locked in a neck and neck drawdown with the San Diego Padres for a post-season play-off spot and Baghdad-by-the Bay was abuzz with pennant fever.

The Padres, who had dominated the National League West since the early days of the 2010 season, had suddenly plummeted into an unprecedented funk, at one point losing 10 games in a row. Bare percentage points separated the two teams as they entered the final weekend of the pennant race with the local heroes only having to win one out of three games here at home.

They, of course, lost the first two and diehards cringed that déjà vu was about to drop all over again. I have been a Giants fan since the day when the Polo Grounds, a misshapen stadium in upper Manhattan, was their chosen field of battle, and the scenario is an achingly familiar one for me.

Suddenly, the wind had been sucked out of the Giants’ pennant hopes. The orange “rally rags” which management distributes free of charge to the aficionados (its good for business) stopped twirling, altering wind currents over AT&T park. Those idiotic panda hats issued during the pre-season to hype the disappointing exploits of third baseman Pablo Sandoval AKA “Kung Fu Panda,” lay dormant splayed upon the scalps of the fanaticos.

No one “Feared the Beards,” the fake whiskers that transform mild-mannered fans into facsimile Mad Bombers and remind the opposition that ace reliever Brian Wilson would soon be on the mound to rescue the locals. No kind of mumbo jumbo seemed to snap the Giants out of their trance.

I saw the first hand-scrawled signs during the late innings of the Friday night series opener. As usual, the Giants had been unable to put two hits together and were deep in the hole in yet another nail-biter with the Padres. Two young people of indeterminate sex squatted down by the first base boxes to display their homemade handiwork. The wording, as best as I can remember, underscored that it was “torture” to be a Giants’ fan these days.

“Did you see that?” I turned aghast to my fellow couch surfer, the notorious peoples’ lawyer Dennis Cunningham. Dennis, who of late has been trying to prevent the feds from destroying fragments from the bomb that blew up a car occupied by Judi Bari and her Earth First! comrade Daryl Cheney in 1990, reasoning that that the threatened disappearance of the evidence would absolve the FBI of complicity in the matter, was similarly provoked.

Let me delineate the reasons for our dismay. Torture, in my dictionary, means the egregious and prolonged physical abuse governments inflict upon those they suspect of harboring information detrimental to their interests. When I speak of torture, I mean Abu Ghraib, Bagram, Guantanamo, CIO “black sites” — not an afternoon outing at Pac Bell Park.

When I speak out against torture, I mean waterboarding, having your fingernails pulled out one by one and your scrotum sliced by a razor, electrical currents shoved up your anus, extreme sensory deprivation — not having to endure a close shave out at the old ballgame.

When I speak out against torture, I think of the unending agony the Israelis inflict upon the Palestinian people, the castration of those who marched with Monsignor Romero, Victor Jara’s skull being shattered on the soccer stadium steps in Santiago —not Buster Posey and the “tools of ignorance.”

As the weekend progressed and the Giants continued to lose impossibly low-scoring games, the “torture” syndrome gained increasing currency. Legions of Giants fans were now showing up to wave signs spotlighting the torture motif. Now the offending word was spelled out in Giants’ colors and decorated with hearts and care bears. Both the Chronicle and the Examiner (“free” — and worth every penny of it) were running the T-word in their leads.

The kicker was a phone call from an old friend who has marched through this city for years decrying torture, injustice, and imperialist occupations. “It’s torture to be a Giants fan,” she chirped merrily. I just about did a Mike Tyson and bit her ear off to reciprocate.

The mindless drumbeat mounted last weekend at AT&T Park trivializes torture, transforming horrendous crimes against humanity into a sports slogan to be inserted somewhere between the Star Spangled Banner and God Bless America and further converting professional sports into a willing shill for U.S. domination of the Planet Earth. First and foremost, baseball is a business and I expect torture will soon be deployed to sell everything from beer and sushi to seasons’ tickets. The possibilities are depressingly endless.

“FANS JUMP ON THE TORTURE BANDWAGON,” the morning Chron, about the poorest excuse for a daily newspaper in this benighted land, headlines this morning (Wednesday, Oct. 6), guaranteeing that torture will be a part of the Giants’ sales pitch as they enter the second round of the play-offs. Perhaps my illness has magnified the malaise but this past weekend’s low-jinks seem to underscore the premise with which I launched this screed: Torture is indeed the new national pastime.

[John Ross, author of El Monstruo: Dread and Redemption in Mexico City, will be covering the new national pastime while recuperating from chemotherapy.]

4 Responses to SPORT / John Ross : Torture and the National Pastime