This shoe was not cobbled to order for Mr. Trump. It just happens to fit his foot. 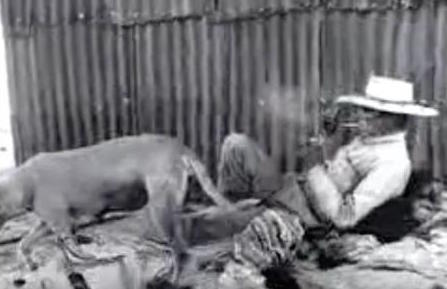 I think it’s viral when several people who don’t know each other send it to you, right? Viral is understandable. I like the tune and the pictures are well chosen.

The accordion is in the style Mexicans call norteño, and it got my attention. The words sounded like the perfect rebuttal to the fear-mongering I’ve heard in this election season starting with the probable Republican nominee, who called Mexicans “rapists” at his announcement. But look at the date it was uploaded to YouTube. This shoe was not cobbled to order for Mr. Trump. It just happens to fit his foot.

The images reminded me of why I’m not scared of these people, my neighbors.

I was not raised in the borderlands but I came to love them.  We had a good thing going down here until the U.S. declared its insane War on Drugs.

Used to be, middle class Mexicans would come up here and buy appliances and cars.  People on this side got their car interiors spiffed up, Saltillo tile all over their houses, and got used to Mexican vanilla, hot bitter Azteca chocolate, and a slew of fresh fruits that were dirt cheap by the case in the border towns but too pricey for ordinary folks in the U.S.  And, yes, there were the whorehouses, the bars, and the bullfights. I was fond of Tecate long before it got imported to the states and they let just anybody drink it.

The border had less formality than the gate at a Friday night football game.

We had a good arrangement that offered advantages to both sides and the border had less formality than the gate at a Friday night football game — which, by the way, Mexicans would cross the border to watch.  But if you hung in a bar down there, it was European futbol on the tube.  It took me a while to figure out people from the Mexican side had kids in the game on the American side, if not sons then nephews.

Just like Prohibition gave us the Mafia, the War on Drugs gave us the Zetas, Juárez Cartel, Sinaloa, the Gulf Cartel… much of this caught Texas in the propwash.  “Gulf Cartel” refers to the Gulf of Mexico — Matamoros/Brownsville — and The Zetas were enforcers for the Gulf Cartel before they struck out on their own and took up habits that would gross out ISIS.

The Sinaloa Cartel — that would be Shorty’s boys, El Chapo’s — started another vicious war when they moved in on the Juárez Cartel.  At that point, the entire Texas/Mexico border became a war zone from Juárez to Matamoros.

I was reluctant to believe but the year 30 gringos became collateral damage in Nuevo Laredo (the tamest of the border towns) and none of them could be linked to drugs in any way, I had to accept that life had changed. I don’t go any more and I’m not the only one. Another Ragstaffer sent me a picture taken at high noon on a Friday in Ciudad Acuña. It was a ghost town, nothing on a street that would normally be full of foot traffic.

I expect Mr. Trump is ignorant of all this or he would not be bleating about the “rapists” who come here to harvest melons in the Rio Grande Valley and the Winter Garden. The border is a more serious barrier now than it’s ever been in my lifetime. They want a passport now. I’ve got one, but I got it for Europe, not Canada or Mexico.

Instead of jobs pulling from Mexico, we have violence pushing from Central America.

Immigration patterns are different. Instead of jobs pulling from Mexico, we have violence pushing from Central America. UFW organizers have long since adjusted to a generation of farm workers for whom Spanish is a second language if they speak it at all in addition to an indigenous tongue.

The commerce that once glued everything together along both sides of the Rio Bravo is either dead or on life support.

The man who is ignorant of all of this claims to be a great businessman. If he were what he claims to be, he would understand how alcohol prohibition offered a foothold to organized crime and how marijuana prohibition has now done the same.

He would also understand that the small business and familial relationships that used to weave the borderlands together do not threaten corporate behemoths or the legitimate interests of either nation.

As I travel around this big old world,
the one thing that I most fear,
is a white man in a golf shirt,
with a cellphone in his ear…