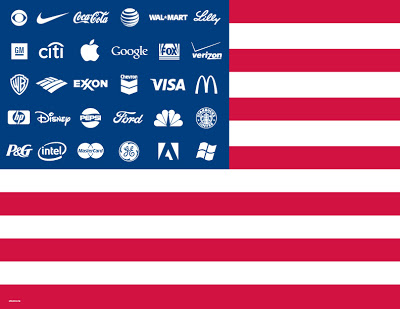 High court ruling on campaign finance:
The corporation as supreme being

If you had any doubt about the corruption that has infected the very bloodstream of American politics, look at today’s ruling from the U.S. Supreme Court. The Court said corporations can spend unlimited amounts to influence the outcome of elections.

I’m gonna repeat my sad joke: we are approaching the time when there will be “corporate creationists” so convinced of the divine status of the corporate life-form that they will deny vehemently that corporations evolved from human beings. Americans, we are the new monkeys.

At the root of the Court’s attack on popular democracy — and it is an attack, and it will promote if not guarantee rule by unaccountable corporate oligarchy — is the Court’s infamous 1976 Buckley v. Valeo decision that said money equals speech. Left unaddressed in today’s decision — and others — is the absurdity of this formula. When money equals speech, outfits with more money have more speech. And that destroys the very principle of free speech.

Ask yourself this question. If you had to persuade your community about political opinion X, but corporations opposed your view, would you stand a chance knowing that their “political speech” was worth much more than your political speech? The answer is obvious. Mere people have been thrown on the scrap heap. The U.S. Supreme Court is lifting corporations to the top of the evolutionary ladder.

Teabaggers, do you get it now? You are outraged by your powerlessness. Can you now see the real source of that powerlessness? It is not government. Government has been turned into the handmaiden of the corporate oligarchs.

I’m compelled to repeat something else: I’m a fan of entrepreneurship and responsible capitalism. But it’s not the so-called heavy hand of government that is the enemy. It’s the corporate monopolists.

I also share the view of the sanctity of the individual in a democracy. While many anachronistically worry about creeping socialism, it is the unrestrained power of unaccountable global corporatists that threatens individual rights with extinction.

The Supreme Court’s decision should be a wake-up call to America. The corruption has gone far enough. Democracy hangs in the balance. This is not hyperbole. This is a day that will live in infamy.