A new day for Democrats in Texas:
New political stars and a raucous crowd
deal blow to GOP’s insidious attack on choice

[The Week that Was! As the Supreme Court made landmark decisions about voting rights (two thumbs down) and gay marriage (it’s about time!), thousands of cheering pro-choice Texans — wearing orange shirts that read “Stand With Texas Women” and rooted on by Planned Parenthood president Cecile Richards, daughter of the late and great Texas Gov. Ann Richards — filled the rotunda and packed the galleries of the State Capitol of Texas in Austin for their own marathon filibuster. The enthusiasm was intoxicating.

It was a massive three-day show of opposition to Texas Republicans’ attack on women’s health in the form of a draconian new abortion law — and of support for Texas Sen. Wendy Davis and her dramatic filibuster in the Senate chambers. Davis has emerged as a superstar and a legitimate candidate for higher office in Texas. The events captured the imagination of the nation. As MSNBC’s Rachel Maddow said Tuesday night: “Texas: Who knew!” Oh, and coming next week: “Kill the Bill, Volume 2.” See you there. — Thorne Dreyer / The Rag Blog]

AUSTIN, Texas — The teabagger governor of Texas announced Wednesday, June 26, 2013, that he is calling a second special session of the Texas legislature. Three issues are on the agenda — transportation funding and juvenile justice (both of which died in the last session because Republicans wasted the whole 30-day session trying to shut down the state’s abortion clinics), and, of course, the same old anti-choice legislation that was filibustered to death in that first special session.

Perry seems determined to keep the issue alive, and give Democrats something to make sure their supporters remain energized and engaged.

Texas Democrats have been a dispirited bunch for a long time now. It has been more than 20 years since a Democrat held statewide office, and prospects for the future seemed dim because there were really no politicians in the party with true statewide appeal.

That changed dramatically on Tuesday night, when a couple of female State Senators put themselves in the limelight to stop (at least temporarily) an odious anti-choice bill that would almost certainly close 37 out of 42 clinics in the state that do abortion procedures — and in the process they inspired and renewed thousands of Democrats across the state.

The new Texas political stars are Sen. Wendy Davis and Sen. Leticia Van de Putte. Davis got the ball rolling by declaring she would filibuster the bill (which had to be approved by midnight, when the session ended, or it would die).

She got the floor about 11:15 a.m. and began her filibuster — and then she held the floor for over 10 hours. She was helped by the other 11 Democratic senators who lobbed her “softball” questions to keep her filibuster growing, but the real work of the filibuster was on her capable shoulders — and she performed admirably.

With only a couple of hours to go before midnight, the Republican majority was able to stop her by claiming for the third time that she was not being germane to the bill with her discourse. It was arguably not true, but truth or rules have never been very important to Texas Republicans. The other 11 Democratic senators stepped forward with a barrage of parliamentary maneuvers (points of order, parliamentary questions, etc.).

One of the most prominent of these senators who sprang to the defense of Sen. Davis was Sen. Van de Putte. And with only about 15 minutes until midnight, she challenged the Senate president by demanding to know, “At what point must a female senator raise her hand or her voice to be recognized over her male colleagues?” The crowd in the gallery began to applaud her, and that applause turned into more than 20 minutes of shouting and applauding that delayed a vote on the GOP bill.

The official senate record backed Democrats, showing the bill was passed on 6/26 and not on 6/25 as required. The Republicans then tried to fix that by illegally altering the senate record (see below). 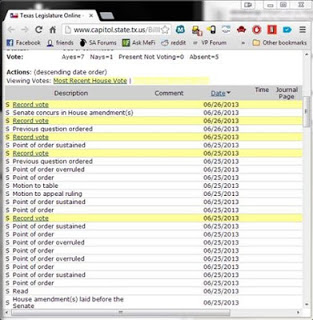 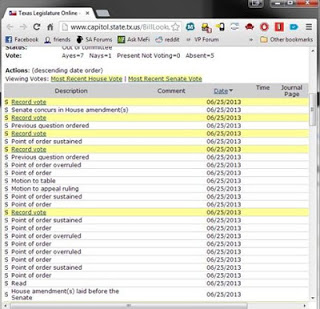 The top picture shows the original Senate log, and the bottom one shows the log after being altered by Republicans. The senators then argued among themselves for a while — and at about 3 a.m. the Republicans backed down and admitted the bill had been passed after midnight, which means the bill was DEAD.

The governor will call another special session and most likely get the bill passed (even if they have to lock the public out and do it in secret). But for right now, the bill is dead. And the Republicans did nothing good for their image, since their shenanigans were observed by hundreds of thousands of Texans and other Americans.

I watched the proceedings on the Texas Tribune‘s live YouTube feed. More than 182,000 people watched on that stream, but that was just a portion of those watching the proceedings, since there were approximately 199 other live feeds — not to mention all the traffic on social media like Twitter and Facebook.

And while the Republicans were humiliated, thousands of Texas Democrats (and others) were energized — and Sen. Wendy Davis and Sen. Leticia Van de Putte were able to increase their political capital immensely. They are now both credible candidates for statewide office. And combined with the new statewide Democratic effort to register new voters, and the added impact of changing demographics, this means Democratic prospects in Texas are brighter than they have been in many years. 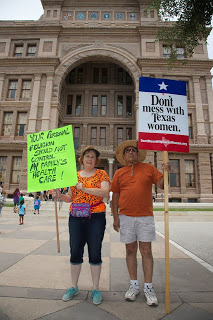 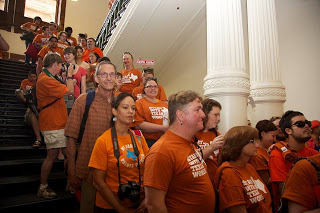 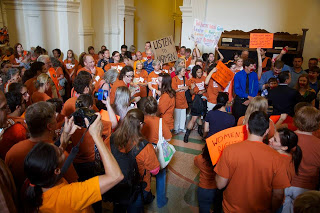 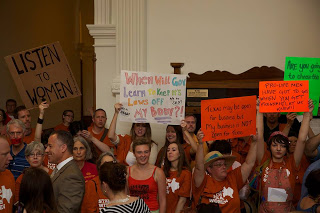 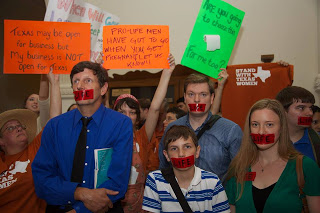