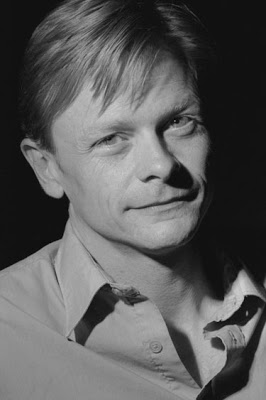 The Texas Observer has named as its editor Bob Moser, writer and editor for The Nation, former editor of North Carolina’s Independent Weekly, and author of Blue Dixie: Awakening the South’s Democratic Majority.

Past editors of the Observer, based in Austin and published by the non-profit Texas Democracy Foundation, include such nationally acclaimed journalists as Ronnie Dugger, Willie Morris, Robert Sherrill, Molly Ivins and Geoffrey Rips. The winner of countless awards for its investigative reporting since its founding in 1954, the Observer was named America’s best political magazine by the Utne Reader in 2005.

“For more than fifty years, the Observer has set the standard for hard-hitting, well-crafted alternative journalism in print,” Moser said. “Our challenge now is to set a new standard for alternative journalism in the digital age.” The magazine will be stepping up its online efforts, Moser said, along with recruiting and training new reporters reflective of Texas’ fast-changing culture, politics and demographics.

“There is no place in the country evolving more rapidly, or changing more fundamentally, than Texas,” Moser said. “The Observer will aim to deploy our tough, thorough, hard-nosed reporting to nudge the state in a progressive direction. We’ll be keeping the ascendent Democrats honest, just as we’ve been relentless in exposing the corruption and incompetence of Republican leadership in the state.”

Moser cut his journalistic teeth as editor of North Carolina’s Independent Weekly, a National Magazine Award-winning alternative paper modeled on the original Observer. After leaving The Independent in 2000, Moser was a John S. Knight journalism fellow at Stanford University during the 2000-2001 academic year.

From 2001 to 2004, he was an award-winning senior writer for the Southern Poverty Law Center’s Intelligence Report, reporting on American extremists, particularly the religious right and the anti-immigrant movement. He has freelanced for national publications including Rolling Stone, where he won the 2006 GLAAD Award for best magazine article.

Moser’s first book, Blue Dixie: Awakening the South’s Democratic Majority, was published in August by Times Books. Since 2005, he has been writing and editing for The Nation magazine, where he is finishing a campaign-long series, “Purple America,” on the evolving politics of “red” states including Texas.

The Observer’s top-notch border coverage has been the best in the nation, even revealing for the first time that the border wall cuts through family homes and university lands, but stops just short of golf courses and resort developments. The magazine exposed Tom DeLay’s shenanigans and Governor Perry’s secret database and was first to report that Senator Phil Gramm, GOP presidential nominee John McCain’s chief economic advisor, is largely responsible for the nation’s current economic crisis. And it broke the stories about sexual abuse in Texas Youth Commission facilities, as well as the bogus undercover drug busts in Tulia, Texas, that sent innocent citizens to prison.