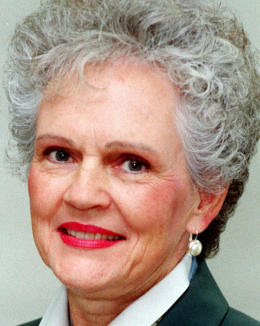 Texas Rep. Betty Brown, R-Terrell, made the remark during House testimony on Tuesday. Photo from the Houston Chronicle.

Here’s a classic Texas story! It was published by the Houston Chronicle and is being circulated by the Huffington Post. — Jeff Jones / The Rag Blog

AUSTIN — A North Texas legislator during House testimony on voter identification legislation said Asian-descent voters should adopt names that are “easier for Americans to deal with.”

The comments caused the Texas Democratic Party on Wednesday to demand an apology from state Rep. Betty Brown, R-Terrell. But a spokesman for Brown said her comments were only an attempt to overcome problems with identifying Asian names for voting purposes.

The exchange occurred late Tuesday as the House Elections Committee heard testimony from Ramey Ko, a representative of the Organization of Chinese Americans.

Ko told the committee that people of Chinese, Japanese and Korean descent often have problems voting and other forms of identification because they may have a legal transliterated name and then a common English name that is used on their driver’s license on school registrations.

Brown suggested that Asian-Americans should find a way to make their names more accessible.

“Rather than everyone here having to learn Chinese — I understand it’s a rather difficult language — do you think that it would behoove you and your citizens to adopt a name that we could deal with more readily here?” Brown said.

Brown later told Ko: “Can’t you see that this is something that would make it a lot easier for you and the people who are poll workers if you could adopt a name just for identification purposes that’s easier for Americans to deal with?”

Democratic Chairman Boyd Richie said Republicans are trying to suppress votes with a partisan identification bill and said Brown “is adding insult to injury with her disrespectful comments.”

Brown spokesman Jordan Berry said Brown was not making a racially motivated comment but was trying to resolve an identification problem.

Berry said Democrats are trying to blow Brown’s comments out of proportion because polls show most voters support requiring identification for voting. Berry said the Democrats are using racial rhetoric to inflame partisan feelings against the bill.

“They want this to just be about race,” Berry said.

1 Response to Texas Republican to Asian-Americans : Please Simplify Your Names