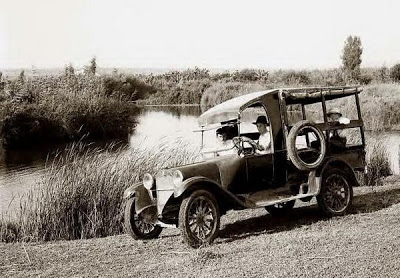 “If the physical scientists who warn about limits to growth are right, confronting the global economic meltdown implies far more than merely getting the banks and mortgage lenders back on their feet. Indeed, in that case we face a fundamental change in our economy as significantas the advent of the industrial revolution.

“We are at a historic inflection point — the ending of decades of expansion and the beginning of an inevitable period of contraction that will continue until humanity is once again living within the limits of Earth’s regenerative systems.

“But there are few signs that policy makers understand any of this. Their thinking appears to be shaped primarily by mainstream economists’ assurances that growth can and must continue into the indefinite future, and that the economic contraction the world is currently experiencing is only temporary–a problem that can and must be solved.”

CAMPO is the federally mandated bureaucracy responsible for approving federal funds for roads in Austin and its surrounding counties. (Campo is the Capital Area Metropolitan Planning Organization.)

Basically, TxDOT (Texas Department of Transportation) screwed up once again on a massive scale in terms of its binding commitments around the state. As a result, CAMPO will only be getting a small fraction of the anticipated Category 2 Metropolitan Mobility funds going into the Austin area for TIP projects for 2010 and 2011.

(This probably stems from expensive commitments that TxDOT made in the salad days of yore, like pass-through tolling and whatever. Under Ric Williamson, TxDOT didn’t take financial constraints very seriously). Perhaps on the order of $4 million now expected to be going into the CAMPO area instead of the anticipated $20 million or more for these years. These funds are considered by TxDOT to be approved but postponed.

But a delay of two years for the many projects in the TIP not funded by stimulus money is a big deal, meaning that many of these projects will likely NEVER get built. Some idea of the difficulty that CAMPO now faces is that it is hiring a financial guy just to scrounge up money.

CAMPO is reserving big money for new corridor studies that it indicated may be handled by other agencies. These are barely described in the backup but will cost about $1.7 million. This corridor study funding may, I suspect, signal a big shift in thinking, perhaps toward
rail, since road funding is in such trouble, locally, statewide, and nationally (oil addiction is an expensive habit).

Austin is VERY close to exceeding (if one critical reading moves up a bit more than 1% in the next few months, bang!, its over) its federal ozone limits that would trigger a whole new and (from the standpoint of CAMPO, nightmarish) redoing of their existing planning effort.

CAMPO actually admitted last night that its long-range planning effort might be pretty academic given its current finances. I would go on to say it’s total garbage already, due to the combined effect of oil, water, and dollar shortages. (Since world oil production has probably already peaked, there is likely to be another debilitating oil price spike before CAMPO’s TIP funds from TxDOT could be restored to “normal” in 2012.)

CAMPO is now getting proprietary NEPAssist software free from TxDOT. TxDOT is apparently encouraging all its MPOs to use this software to speed up environmental studies on roads. Its database has maps of stuff like recharge features. And even the form letters where you fill in local data to generate form letters to federal officials, all according to the proper protocol.

This entry was posted in Rag Bloggers and tagged Austin, Texas, Transportation, TXDot. Bookmark the permalink.