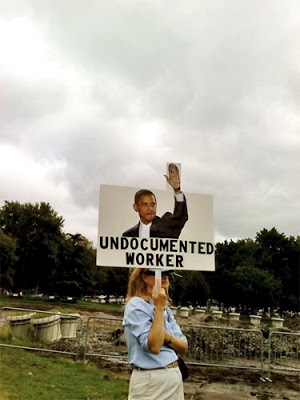 Friday morning I was listening to my pseudo “fair and balanced” National Public Radio station, sipping my fair-trade coffee, and crunching on my organic granola while listening to two reports on American politics.

The first addressed the rising threat of the Tea Party movement to the “traditional” Republican Party. Of course, the victory of Rick Perry over Senator Kay Bailey Hutchison figured in the analysis as did the significant showing of a third, Tea Party, candidate in the Republican gubernatorial primary.

The second report was on the upcoming primaries in Arkansas where incumbent but very conservative Democratic candidate Blanche Lincoln is being challenged by a much more liberal challenger, Bill Halter, who wants to be the party’s choice to run for the U.S. Senate. Lurking in the wings of this story, of course, is the Tea Party movement on the right which will run against either the conservative or liberal Democrat.

The subtext of these stories, that is texts that are partially hidden but still visible, is the rise of the new right which if the media is to be believed constitutes a major grassroots movement in the political life of the country.

Robert Borosage, announcing a June conference of progressives, captured my sense of frustration when he wrote:

Apparently, any time more than two right-wingers get together, the media gets the vapors, showers the teabaggers with fluff coverage, and heralds the beginning of a transformational movement.

Then I read David Brooks’ March 5 New York Times column, “The Wal-Mart Hippies.” Now I am not a Brooks naysayer. Sometimes he has interesting things to say even though I usually disagree with him. But this column was too much. For Brooks, the similarities between the New Left of the 1960s and the Tea Party of today are much greater than their differences. He said that the two movements have used the same shock and awe tactics. In fact, he said, the Tea Partiers are adopting the tactics of Saul Alinsky.

Most important, Brooks suggests that both movements had this simplistic notion that “the people are pure and virtuous.” Both movements “go in big for conspiracy theories.” The 60s theorists had these silly ideas about “shadowy corporatist/imperialist networks-theories that live on in the works of Noam Chomsky.” The Tea Party folks also have silly ideas about how the Federal Reserve Bank, the F.B.I, big banks, and corporations have caused our problems.

And both movements “have a problem with authority.” Brooks says both New Leftists and Tea Party activists oppose any systems of authority, reject the idea of original sin, assume the perfectibility of human kind, and believe in mass spontaneous action. The last straw was when he referred to a pundit’s comparison of Glenn Beck to Abbie Hoffman.

Brooks, while paying brief lip service to differences in the two movements, ignores the theory and political perspectives that animated the two movements. As a result he elevated the theory as well as practice of the Tea Party followers. In this way Brooks gave legitimacy to mainstream media political discourse that has made the Tea Party story a significant one. As with the New Left failures of the 1960s, “the Tea Partiers will not take over the G.O.P., but it seems as though the 60s political style will always be with us-first on the left, now the right.”

Perhaps David Brooks should have suggested that the “60s political style” will always be with us as long as the monopoly media choose to create, distort, and use various political currents as part of common and enticing frames.

As Robert Borosage suggested, the main stream media has created for its own purposes, and perhaps the purposes of political reaction, the imagery of an angry, grassroots movement that bravely confronts authority figures, both liberal and conservative, Democratic and Republican. They are framed as well-informed, though impetuous citizens, who are suffering from the downside of big moneyed interests.

The media presents Tea Party claims that the problem with America is government with little or no reflection on the bases of their claims. The media instill in public consciousness Tea Party claims about the dishonesty of science, the heartlessness of all politicians, inhumanity of “bureaucrats,” and the distance the United States has come from the framers of the Constitution.

And the Tea Party phenomenon is presented as an authentic grassroots movement with little or no analysis of its support, encouragement, and financing by inside the beltway big capital (the very folks they presumably are railing against). Hardly a word is printed, for example, about Tea Party funding from former Congressman Dick Armey’s Freedom Works or funding by the Koch Family Foundations of Americans for Prosperity. And the media fail to discuss the racism embedded in many of their claims such as, “They are taking our country away.”

And interestingly enough, the media portrait of Republicans is of a beleaguered middle-of-the road political faction that just might have supported health care reform, climate change legislation, and other Obama proposals if it were not for the pressure from the grassroots.

While reflecting upon the Tea Party phenomenon, how it has been framed, and the Brooks comparison, I was reminded of Todd Gitlin’s book, The Whole World is Watching, which showed the radical shift of the media frame on the New Left before and after 1965. After the first major protest rally against the escalating war in Vietnam, Gitlin suggested, the media frame of the New Leftists as sweet caring young people shifted to the bomb throwing monsters that the media argued they had become.

While the Tea Party phenomenon is only a year old, according to Borosage, they are still showered with “fluff coverage.” If the media had continued its positive coverage of New Left activism after 1965, the way they seem to be covering the Tea Party today, perhaps the war in Vietnam would have been stopped sooner.

In the end, it may be that the Tea Party movement is far less pervasive than has been presented. Its level of popularity probably varies enormously from place to place. And the pain and suffering of many people identified with the Tea Party — alienation, powerlessness, economic marginalization, inequality, and hopelessness — is buried in stories, such as the one by Brooks, of political style.

5 Responses to Text and Subtext : The Media’s Tea Party