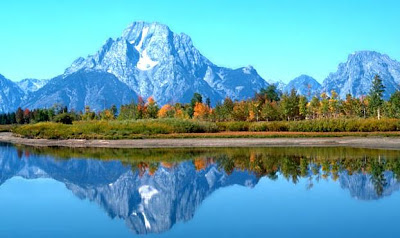 ‘Joe Sixpack will never notice the effect of any oil recovered from these areas’
By Dean Baker / August 4, 2008

Senator McCain and the Republicans in Congress are calling Senator Obama and the Democrats environmental wimps for refusing to allow the oil industry to drill in the Arctic National Wildlife Refuge, environmentally sensitive offshore areas and anywhere else they please. The Republicans are claiming that the Democrats don’t care about Joe Sixpack, who now has to pay $4 a gallon for his gas. Nor do they care that most of this oil is now imported.

In addition to concerns about the environment, one major reason that Democrats oppose drilling is that Joe Sixpack will never notice the effect of any oil recovered from these areas, even if we did allow drilling. According to independent experts such as the Energy Information Agency, there is too little oil in the offshore protected areas to have any noticeable impact on gas prices.

In other words, we are not debating about helping Joe Sixpack pay for his gas. We are only arguing over whether to put environmentally sensitive areas at risk for nothing. The Republican claims about the impact of drilling on oil prices simply are not true.

But we all know that politics is about the art of compromise, so there is a simple compromise that opponents of drilling can put forward. Since the drilling advocates are telling us that increased drilling will bring down the price of gas, there is no reason not to take them at their word. Why not just give them the green light to drill in the Arctic National Wildlife Refuge, the Florida Coast and other offshore protected areas, Mount Rushmore and anywhere else on the planet that they want.

However, open drilling season comes with a simple quid pro quo. The oil industry gets slapped with a windfall profits tax that takes away any revenue in excess of $3 a gallon. Since we know it takes time to search for oil and drill wells, we can even give the oil boys a six-month grace period before the windfall tax takes effect.

Based on what Senator McCain and the Republicans are telling us, this windfall profits tax shouldn’t be of any concern to the industry. After all, opening up these protected areas for drilling will lead to a huge gusher of new oil on the market. This increased supply should push the price of gas back below $2 a gallon. According to McCain and the Republicans, once we declare open season for drilling, $4-a-gallon gas will just be a bad memory of what happens when you let environmentalists run the country.

It would be interesting to see the response if Senator Obama or Democrats in Congress put forward this proposal. If McCain and the Republicans believe what they have been saying, then they should have no problem putting a windfall profits tax provision into their bill, since they know it will have no effect. On the other hand, if they believe what all the experts are saying – that additional drilling will have no noticeable impact on oil prices – then they will strongly oppose this bill, since it would be a huge tax on their friends in the oil industry.