The Dollar: The Twilight of the American Empire 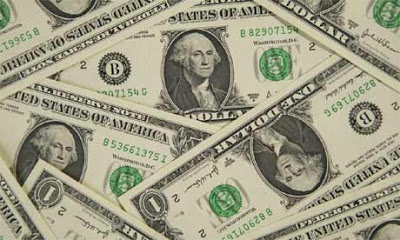 United States would be mistaken to take for granted the dollar’s place as the world’s predominant reserve currency, says Zoellick

The United States must brace itself for the dollar to be usurped as the world’s reserve currency as American dominance wanes in the wake of the financial crisis, the World Bank president, Robert Zoellick, warned yesterday.

Speaking ahead of the World Bank/IMF annual meetings in Istanbul, he said it was time for a “responsible globalisation”, in which decision-making was shared between the old powers and developing countries such as China and India.

Ever since the post-second world war Bretton Woods agreement, which cemented the dollar’s ascendancy over sterling, Americans have been able to rely on borrowing cheaply from the rest of the world as governments banked on the dollar as a safe bet. But Zoellick said the greenback’s status could be under threat from the growing strength of the Chinese yuan and the euro.

“The United States would be mistaken to take for granted the dollar’s place as the world’s predominant reserve currency. Looking forward, there will increasingly be other options to the dollar,” Zoellick told an audience at Johns Hopkins University in Washington. From now on, he said, confidence in the US currency – and its economy – would have to be earned. “The future for the United States will depend on whether and how it will address large deficits, recover without inflation that could undermine its credit and currency, and overhaul its financial system.”

Zoellick’s comments came as Beijing launched the first yuan-denominated bond available to outside investors, as it gradually makes its currency more exchangeable on international markets.

“I expect China will inevitably be drawn outward,” he said. “Over 10 to 20 years, the renminbi [yuan] will evolve into a force in financial markets.”

Several countries, including China and Russia, have repeatedly raised what they see as the problem of excessive dollar hegemony.

G20 as a steering group

Zoellick predicted that the tumultuous events of the credit crunch would eventually lead to a radically different world economic order. He welcomed the expanded role of the G20 group of nations, agreed by leaders at their summit in Pittsburgh last week; but warned against excluding bodies such as the World Trade Organisation and the International Monetary Fund, which have a much broader membership. “The G20 should operate as a ‘steering group’ across a network of countries and international institutions,” he said.

Claire Melamed, ActionAid’s head of policy, said the decision at Pittsburgh to shift economic decision-making away from the G8, which includes Italy and Canada but not China and India, could reverberate for decades. “The shift from the G8 to the G20 … has the potential to be hugely significant, breaking not just the power of the US but that particular group of countries that have had everything their own way for so long,” she said.

Developing country governments have blamed the US, with its deregulated financial markets and decade-long borrowing binge, for dragging the world to the brink of the abyss over the past 12 months. Zoellick said all countries would have to learn to rely less on rampant American consumption to drive growth in the world economy.

“A more balanced and inclusive growth model for the world would benefit from multiple poles of growth,” Zoellick said. “With investments in infrastructure, people, and private businesses, countries in Latin America, Asia and the broader Middle East could contribute to a ‘New Normal’ for the world economy.”

Leaders in Pittsburgh also agreed to transfer some of the voting rights of over-represented rich countries at the IMF to under-represented developing economies, but detailed negotiations about how the balance of power will change – and which countries will agree to give up some of their votes – will go on until 2011.

At this week’s meetings in Istanbul, which will be attended by the chancellor, Alistair Darling, and Mervyn King, Bank of England governor, the World Bank is likely to ask donor governments for more funding to mitigate the impact of the credit crunch on the world’s poorest countries.

The IMF, meanwhile, is expected to give more details of how it will spot future crises and urge governments to take preventative policy measures – tasks set for it by the G20 last week.

This entry was posted in RagBlog and tagged Financial Crisis, World Economy. Bookmark the permalink.

2 Responses to The Dollar: The Twilight of the American Empire