The Future is Now : Mother Earth and Our Great Green Leap 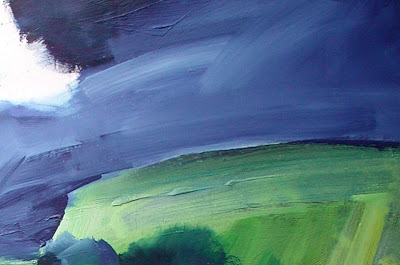 [We must] make corporations serve the public …extinguish their interests in fossil/nuclear fuels …end their profit centers in waste and war … restore organic sustainability and …embrace the power of women on this Earth.

The epic fight over carbon emissions is barely the tip of how we survive.

Mother Earth demands that fossil/nukes be transcended. This green-powered leap defines our technological, economic and ecological survival. Authoritarian “population control” always leads to unintended anti-human consequences. Who is the “too-manieth” person is an issue to be settled between Mother Earth and our mothers. When the world’s women have full human rights, and unlimited access to quality education, fair pay and reproductive freedom, they will deliver our species’ sustainable numeric balance.

But climate chaos and financial ruin do not stand alone. Green gadgetry aside, we don’t get to 2030 unless we confront:

1. Blunting carbon emissions alone will never solve our climate crisis. Nor will it be done without taming the most powerful institution humans have ever created: the global corporation.

Right now no mere government, or gathering of them, can seriously challenge the networked clout of globalized industry and finance.

Corporations claim human rights… and the military clout to enforce them… but no human responsibilities. Their sole mandate is to make money. Human and ecological considerations are ultimately nil.

These same corporations now deem it profitable to face the public with the best greenwashed veneer money can buy. But when push comes to shove (as it always does) corporations must and will opt for the short-term bottom line, filthy and anti-human as ever.

Organizations like the Project on Corporate Law and Democracy, and writers like Richard Grossman, have helped pierce this veil (POCLAD.org). There are no illusions about the magnitude of this challenge.

But without subduing globalized corporate power, nothing else follows.

2. In the long run, the only force capable of overcoming corporate power is social democracy, which demands justice. Without universal access to food, shelter, clothing, medicine and education, the human ecology is not sustainable.

Nor can it survive the scam of electronic voting. Democracy demands hand-counted (recycled) paper ballots with universal automatic registration for all citizens, casting their votes at times convenient to working people as well as the rich.

3. Waste is not sustainable. Nor is its most toxic incarnation — war. Survival demands that nothing be produced that cannot be entirely recycled and re-used.

This includes the military, whose business it is to kill and destroy. War in all forms, in all places, for all reasons, is a private profit center that furthers human, ecological and financial suicide. It is deeply ingrained in the human condition. But, one way or another, war must be definitively relegated to the compost heap of evolution.

4. Likewise agribusiness. Pesticides, herbicides, industrial fertilizers, monoculture, over-farming/grazing/fishing, habitat destruction and genetic modification plough the path to extinction. This applies to biofuels, meat, fish, paper, fiber and all else we take from the soil and seas. Small scale permacultured organics are what will feed us on this planet.

5. Authoritarian “population control” always leads to unintended anti-human consequences. Who is the “too-manieth” person is an issue to be settled between Mother Earth and our mothers.

When the world’s women have full human rights, and unlimited access to quality education, fair pay and reproductive freedom, they will deliver our species’ sustainable numeric balance.

There are also numeric calculations as to how much poison our planet can sustain while still allowing us to live here.

As the revolution in green technology escalates, ridding the planet of fossil/nuclear fuels, installing a Solartopian system of renewables and efficiency becomes the key to employment and our economy, as well as to our ecological survival.

But it all turns on a simple, far more challenging equation:

With justice comes peace… with peace comes freedom… with freedom all is possible… including a sustainable planet.

That demands the human will to make corporations serve the public, to extinguish their interests in fossil/nuclear fuels, to end their profit centers in waste and war, to restore organic sustainability and to embrace the power of women on this Earth.

Like the term Solartopia, achieving these ancient imperatives may seem like little more than an impossible dream. But the alternative is the ultimate nightmare.

The future is now. If it isn’t, we’re history.

[Harvey Wasserman’s Solartopia! Our Green-Powered Earth is at www.harveywasserman.com, along with Harvey Wasserman’s History of the United States. He is senior editor of www.freepress.org where this article also appears.]

12 Responses to The Future is Now : Mother Earth and Our Great Green Leap