The Left and Barack Obama — T. Dreyer and D. Hamilton 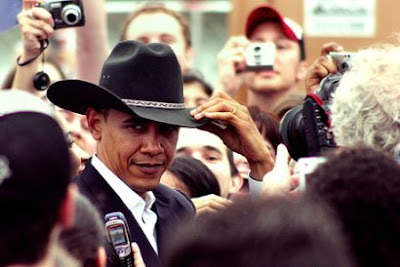 Most of the activists I work with in Austin, those of us in MDS/Austin (Movement for a Democratic Society) and other progressive groups, have chosen to support and, in many cases to actively participate in the campaign of Democrat presidential candidate Barack Obama, for a number of reasons. For this writer at least, those reasons include the following:

We find Barack Obama to be sincerely left-leaning and personally inspiring, and believe him worthy of trust, with the requisite reservations. We see the massive and enthusiatic and largely radical-leaning movement that his campaign has engendered to be a surprisingly positive sign in a largely lethargic times, and at the very least a fertile ground for future activism.

We consider the election of a progressive black man to the highest elective office in our country to be a quantum step forward in a nation with such a legacy of racism. (We will also consider the eventual election of a woman as president to be such a step.)

We believe the election of a progressive Democrat at this time in history would result in a quick end to the tragic War in Irag, the introduction of such progressive measures as universal (or virtually universal) health care, and would produce judicial and other governmental appointments that would make a very real difference in people’s lives.
This would result in real, tangible changes in the lives of struggling lower income citizens, of racial minorities, of those rotting in jail because of race or victimless crimes, and, significantly, of oppressed peoples in other parts of the world.

And, taking into account that both major parties, in the long haul, represent similar if not identical vested interests, we believe that the Republicans, with their corporate masters, with their oppressive and mean-spirited politics at times verging on the neo-fascist, must be stopped.

It is of critical importance that we never latch on to a political candidate in this electoral system and herald him or her as some kind of a savior. Bottom line, the problems in this country are not based in who runs the system. The system itself is the problem. The shameful disparity in distribution of wealth between the obscenely rich and those left to struggle for their daily needs.

The greatly disproportionate power of the corporate few. The grievous neglect of basic human needs, civil rights, civil liberties and privacy; the acceptance of torture and other sanctioned forms of inhumane treatment; doing virtually nothing to fight and a whole lot to accelerate the quickening environmental disaster. And the United States’ imperialist international policies fueled by greed.

All that taken into account, we believe that there is much to like about Barack Obama, and that there are substantial and valid reasons to work for his election. 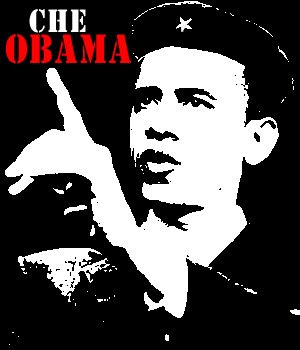 Purists who reject him offer no alternative

The Rag Blog’s David Hamilton wrote the following in response to those on the left who see supporting the candidacy of Barack Obama as being a “trick bag” for radicals. It was inspired in part by “US Presidential Candidates: Warmongers All,” posted to The Rag Blog on March 21, 2008. Participation in mainstream party politics always raises issues in the left community, and they are legitimate. Here’s David’s answer.

In 1936, the French Communist Party ended years of conflict with the French Socialist Party and established a united front that elected Leon Blum as the first socialist prime minister of France. That united front passed reforms that have characterized the socialist aspect of French society ever since.

I am not a Democrat. I have not voted for the presidential nominee of the Democratic Party since 1972 and have not participated in their primary process since the Jackson campaign of 1988.

I support Barack Obama enthusiastically. I do not do so because I don’t find things to criticize in what he says. I do so because, to a much greater degree than any other major party politician, I trust him. I trust him to do what he promises and talk to our supposed “enemies” instead of threaten them. In that, there is the kernel of the rejection of the militarism that is intrinsic to US imperialism.

Why do I trust him? There are many answers, many subjective and intangible. But what impressed me most was that he went from being president of the Harvard Law Review to being a community organizer working out of a store front on the south side of Chicago. He could have joined any prestigious law firm or clerked for any Supreme Court justice, but he instead chose to work with poor people, helping them meet their most basic needs.

I expect to be disappointed. I expect to have to criticize him and exert pressure on him from the left. I also expect him to make statements in order to get elected that I disagree with. But this time, I see a chance for a transformational figure who might just change the course of US history and I’m taking that chance.

In the process, we are supporting a “Plan for the Complete Withdrawal of all US Military Forces from Iraq in 2009” in the Democratic Party local convention as a way to push the eventual nominee toward that position. As Tom Hayden advised, either the antiwar movement can get involved in the process or it can stand sanctimoniously to the side.

Purists who reject him have no alternative other that “build an anti-imperialist movement.” That is a false dichotomy. In November, hopefully you will have the opportunity to vote for Barack Obama for president. The ideal anti-imperialist won’t be on the ballot. Relate to that reality. He may disappoint somewhere along the way, but he is by far the best major party candidate I’ve ever seen.

This entry was posted in Rag Bloggers and tagged Obama, Presidential Campaign, The Left. Bookmark the permalink.

1 Response to The Left and Barack Obama — T. Dreyer and D. Hamilton