The Promise of a Better Future Is a Distant Dream 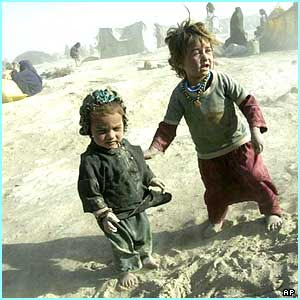 KABUL — Gone are the days when the Afghan summer was the season of plenty.

Now, as the snow melts off the Afghan peaks, a sense of foreboding hangs in the air. The summer in Afghanistan is fighting season.

Over a traditional Afghan dinner of rice, lamb and delicious Afghan bread, a senior Afghan official in his Kabul mansion admits he expects Taleban attacks to rise, but insists that they will not win.

“They can’t take over any place,” he says, as he struggles with a bony piece of meat.

After a few seconds he forgets the food and repeats in a serious tone the Afghan government line that continuing Taleban suicide bombings shows their “weakness”.

But he says the fighting is at stalemate and blames alleged outside support.

“We are fighting a war whose very source is based outside of Afghanistan, inside of Pakistan. As long as the Taleban has a base, we won’t be able to win this war.”

One morning I took an early tour of Kabul.

At 0700 there was already a chaotic traffic jam at Charahi Malak Azghar in the heart of the city.

Land cruisers belonging to the United Nations, warlords and government officials sit alongside taxis and vehicles belonging to common Afghans.

All of these vehicles are competing for space. There are no traffic lights, and no traffic rules. Street children and beggars were gathered along the main road.

He welcomes the demise of the Taleban. “Afghanistan has made remarkable progress compared to its pre-war and Taleban days,” declares the tall, confident, blue-eyed teacher.

But he says the failures of his government are unacceptable.

He insists that President Hamed Karzai should fire corrupt officials and provide people with basic services, such as health care and clean drinking water, as this could bring peace.

“Go and see who owns these expensive houses in (the suburb of) Wazir Akbar Khan and who is driving land cruisers,” he says. “Karzai should ask these officials how they got so rich overnight, instead of making empty promises again and again.”

He castigates government ministers. “We are not asking for skyscrapers. The demands of our people are simple. Millions of dollars are going towards land cruisers and salaries. Everyone is corrupt.” 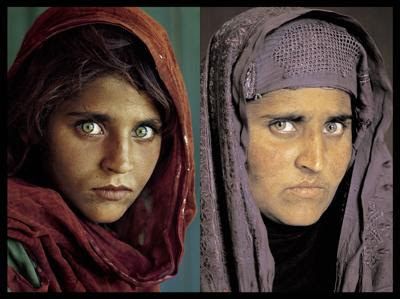 What puzzles poorer Afghans is why so many basic problems haven’t been solved, despite the billions of dollars of international aid.

A short walk from the affluent neighbourhoods of Wazir Akbar Khan and Shari Naw, in the streets of downtown Kabul, Afghanistan’s unemployed are gathered in their hundreds.

Most say they have to wait for days, hoping to find one day’s work to feed their entire family.

Kabul is considered the safest spot in the country, but basic services such as clean drinking water, electricity, and sewage systems remain unavailable to most people.

Waiting outside one of Kabul’s main government hospitals is Haji Baz Mohammad. He has accompanied a patient from his home province in northern Afghanistan. He is busy praying and is visibly sad.

”We are not politicians or people who have the aid money,” he says. “Where are the roads, clinics and reconstruction that were promised to us?”

Driving through west Kabul, you can still see the destruction wrought during the factional infighting between warring Mujahideen factions in 1992, which left at least 70,000 Kabulis dead and the Afghan capital destroyed.

One of the most pervasive problems in post-Taleban Afghanistan is corruption.

Cabinet ministers and parliamentarians vow to fight it at every level. President Hamid Karzai has established several anti-corruption offices.

But, for Afghans like Ajmal Haidary, 42, a shopkeeper in West Kabul, this is another empty promise. “Every night, I hear ministers and MPs talk about corruption; this is all talk.”

One aide to President Karzai admits the government has failed and that it needs to attend to the plight of the people.

But he says you have to remember the strains on Kabul, a city originally built for 400,000 that is now home to almost four million people.

“From traffic jams to corruption to a lack of electricity, it’s a failure that needs to be fixed before it is too late,” he says. “However, don’t forget the improvements we have achieved.”

One judicial official warns that there is a culture of impunity in Afghanistan now that creates a climate of mistrust among common Afghans.

Seven years after the Taleban were removed from power, the worry is that for many Afghans the promises of a better future seem to be becoming a distant dream.

This entry was posted in RagBlog and tagged Afghanistan, Corruption. Bookmark the permalink.