‘Shadows of Liberty’ reveals the extraordinary truth behind the news media: censorship, cover-ups and corporate control. 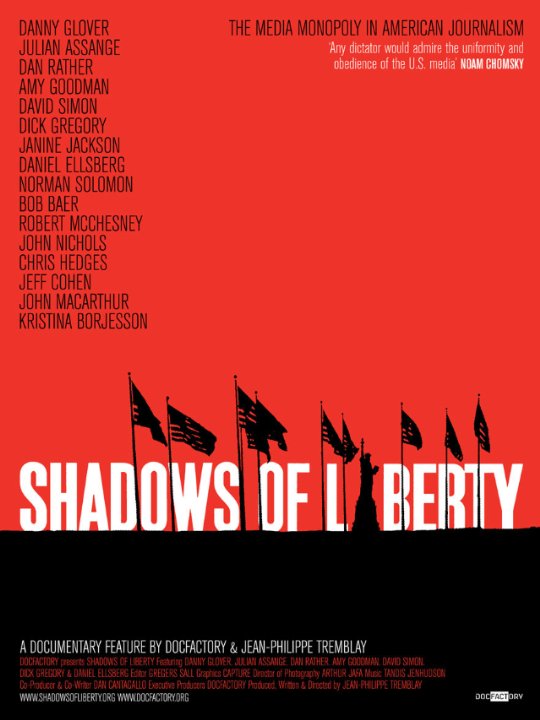 AUSTIN — The University of Texas at Austin Journalism School and the Texas State Employees Union are presenting a free screening of the internationally acclaimed documentary film, Shadows of Liberty, Tuesday, January 27, 2015, from 6-7:45 p.m. at the Belo Center for New Media on the UT-Austin campus.

Shadows of Liberty reveals the extraordinary truth behind the news media: censorship, cover-ups and corporate control.

Filmmaker Jean-Philippe Tremblay takes a journey through the darker corridors of the US media, where global conglomerates call the shots. For decades, their overwhelming influence has distorted news journalism and compromised its values.

In highly revealing stories, renowned journalists, activists and academics give insider accounts of a broken media system. Controversial news reports are suppressed, people are censored for speaking out, and lives are shattered as the arena for public expression is turned into a private profit zone.

Tracing the story of media manipulation through the years, Shadows of Liberty poses a crucial question: why have we let a handful of powerful corporations write the news? Media reform is urgent and freedom of the press is fundamental.

Shadows of Liberty is dedicated to the journalists and information freedom fighters, the heroes of our time, who dedicate their lives to our right to freedom of information – the central pillar of a free society. Shadows of Liberty provides a platform for voices that have been silenced and in doing so, attempts to inspire change and accountability. This film champions the idea of an independent media where truth and integrity are the norm, not the exception.

Go here to view a Shadows of Liberty trailer.

The screening will be followed by a panel discussion.