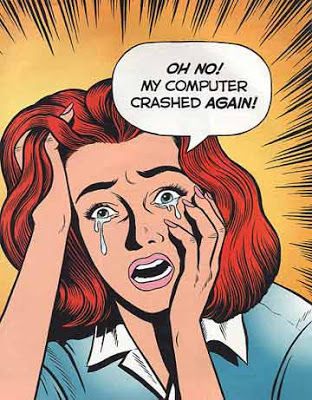 After the apocalypse:
We’re baaack!

You may have noticed that there hasn’t been much activity on The Rag Blog for the last week or so. And, if you are a subscriber, you may have wondered what happened to last week’s Rag Blog Digest.

Well, we’ve had an onslaught of what are known in the trade as “technical difficulties.” We had a computer crash at our home base (editor Thorne Dreyer’s untrustworthy PC; he’s old school and isn’t the most proficient of techies), and lost a lot of data. (We won’t bore you with the details, but we will say this: Never. Ever. Rely on Dell Support. And, yeah, we know: Get a Mac…)

But — onward thru the fog — we’re back up and running.

We would like to take advantage of this opportunity to encourage everyone to become a part of the Rag Blog family. Please contact us at our new email address — editor@theragblog.com — if you would like to offer input about our work, contribute content to The Rag Blog, or be added to our mailing list. (We send out a weekly Rag Blog Digest and an email blast with information about each week’s radio show to an email list of more than 6,500.)

And you can subscribe to the Rag Blog feed here.

For those of you who are new to these parts, The Rag Blog is a noncommercial internet newsmagazine published by activist journalists committed to progressive social change. We are based in Austin, Texas, and are published by the New Journalism Project, a Texas 501(c)(3) nonprofit corporation. The Rag Blog has a world-wide following and has become an influential force in the progressive blogosphere.

One more thing: It’s the end of the year and The Rag Blog is an ever-needy (actually, now we’re needier-than-ever!) cause. We take no advertising and we depend on your financial support for our continued efforts. To donate to The Rag Blog, and help us keep fighting the good fight, please go here.

We also have a weekly radio show, Rag Radio, produced in the studios of KOOP 91.7-FM — a cooperatively-run community radio station in Austin. Rag Radio is broadcast live on KOOP Fridays from 2-3 p.m. (CST) and is streamed live on the World Wide Web. Rag Radio is also rebroadcast on Sundays at 10 a.m. (Eastern) on WFTE, 90.3-FM in Mt. Cobb, PA, and 105.7-FM in Scranton, PA. After broadcast, all episodes are posted as podcasts and can be downloaded at the Internet Archive.

This entry was posted in RagBlog and tagged Rag Radio, The Rag, The Rag Blog. Bookmark the permalink.