The New Journalism Project (NJP), publisher of The Rag Blog and sponsor of Rag Radio, is spreading its wings with an expanded publishing effort. NJP has sponsored The Rag Blog and Rag Radio for more than a decade, but its first venture into publishing was Celebrating The Rag: Austin’s Iconic Underground Newspaper, published in 2016. The book met with wide national acclaim.

We plan to build on the success of Celebrating The Rag by launching NJP Publishing. We can contribute editorial expertise, production skills, and a promotion platform to this effort. In the 2019 pilot phase, NJP Publishing will publish both established and emerging writers, with an initial focus on amplifying women’s voices.

Offerings will include poetry, memoir, fiction, and nonfiction. NJP Publishing hopes to publish six books in 2019 as we test our capacity and assess 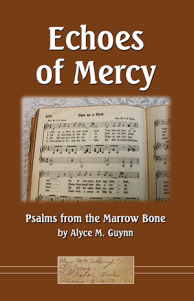 the benefits to both author and NJP of a collaborative publishing model. Alice Embree, NJP board member and associate editor of The Rag Blog, will take the lead during this pilot phase.

Alyce Guynn’s book is a memoir, in prose and poetry, that writer Sharon Shelton-Colangelo describes this way:

[Alyce] lovingly records the language and rhythms of bygone, church-goin’ small-town Texas where Sunday lunch is called dinner, family members have nicknames like Toadie Mae and Aunt Sister, where caskets are left open, and teenagers swoon over Elvis, go the picture show, make out in old cars — and sometimes get ostracized as unwed mothers…

Looking Glass is a collection of poetry that spans four decades. 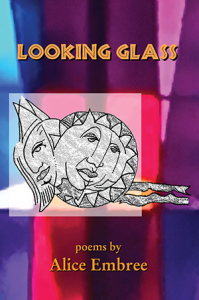 Writer Alice Embree explores the intimate terrain of grief, the memory of an earlier Austin, and the joys and challenges of living a creative life.

Two more books are in production in cooperation with People’s History in Texas. Talkin’ Union: Texas Women Workers will bring a formerly published work into the present century, documenting the history of two major Texas labor strikes that took place in the 1930s. As Richard Croxdale writes in the introduction to this new edition,

The Pecan Shellers Strike has now been acknowledged as the mass movement that it was, the biggest mass strike in Texas, and the foundation for Hispanic organizing for a generation. The story of the garment workers labor movement in Dallas, however, continues to suffer neglect and the research article in this book is one of the few available on the dramatic episodes in Dallas in the 1930’s.

NJP Publishing and People’s History in Texas are collaborating on a second book as well. It describes the Clarksville community’s fight to survive a developer’s plans. This book will add to the current examination of gentrification in Austin. The account, written in 1982. will be brought up to date with history of the Clarksville Community Development Corporation (CCDC), a non-profit formed as a result of the neighborhood mobilization in the 1980s. CCDC describes its mission this way:

For nearly 40 years, the CCDC has been working to preserve Clarksville’s history, to maintain the neighborhood’s traditional sense of community through a variety of events, and to keep Clarksville ethnically and economically diverse through its affordable housing program.