The Right Question Is, "Should He Be President?" 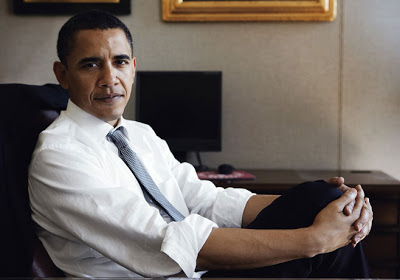 What Are We Waiting For? Politicians Promise Change, but Not Necessarily Political Reforms
By Joel Hirschhorn / May 19, 2008

Long before the disastrous George W. Bush administration, I had been waiting for profound, systemic changes in our political system. Perversely, I saw the upside of Bush as motivating more Americans to demand political change. And that happened. But the national yearning for change was co-opted by Ron Paul on the right and Barack Obama on the left while John Edwards with the most authentic populist change message fizzled out early.

It is not enough to want, demand and support change, not when change is more of a campaign slogan than a carefully detailed set of reforms. Critically needed is a firm understanding of what specific changes can restore American democracy and remove the privileged rich plutocrats and corporatists running and ruining our nation.

A huge fraction of Americans have bought into the Obama candidacy because of his polished and effective rhetoric. But Obama does not offer the changes I have been waiting for, or the ones the public needs. A great speaker does not necessarily have the courage or intent to fight for deep political reforms.

Our nation’s Founders did not create the United States of America just with smiles and slick rhetoric; they were bold, risk-taking revolutionaries fighting tyranny. Obama has not defined our domestic tyranny and told us how he will try to abolish it. Obama is no dissident or revolutionary. The change he mostly seeks is moving from senator to president. Not what I have been waiting for.

There is no evidence in Obama’s brief political career that he is a champion for deep political reforms to transfer power from the plutocrats to the people. To the contrary, the more you learn about Obama’s history the more he appears as just another super-ambitious politician making friends, using people and cutting deals to get ahead.