The Saturday Snapshot, and Why 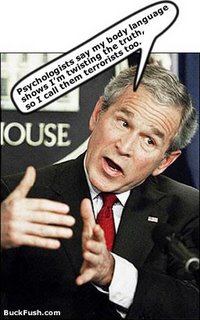 WASHINGTON (Oct. 21) – Republicans unveiled an advertisement on Friday featuring the image and words of al Qaeda leader Osama bin Laden and a warning to voters that “these are the stakes” in the November 7 election.

The Republican National Committee ad, first shown on its Web site and scheduled for airing on cable television early next week, also includes images of al Qaeda fighters in training and other al Qaeda leaders.

“What is yet to come will be even greater,” the ad quotes bin Laden as saying, before concluding with the words: “These are the stakes. Vote November 7.”

The bin Laden ad recalls one of the most famous American political ads, the 1964 “Daisy” ad used by Democratic President Lyndon Johnson in his race against conservative Republican Barry Goldwater.

It featured a small girl picking a daisy and a countdown to nuclear explosion before an announcer says, “These are the stakes.”

Read more about the necessary fear-mongering tactics of the national political parties to defeat the American people and win the election (this year, it’s the Repugnican’s turn) here.