The Stakes Have Been Raised in New Ways 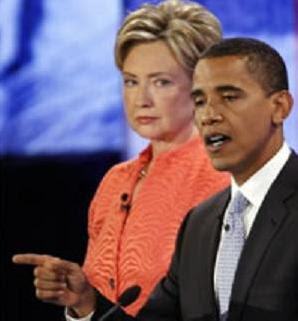 It may seem odd to talk of sorrows around race and gender in politics when we are a few months away from being able to vote for a white woman or a black man for president of the United States. When I was born in 1958, any suggestion that such an election was on the horizon would have been laughed off as crazy. In the first presidential campaign I paid attention to as an eighth-grader in 1972, Shirley Chisholm — who four years earlier had become the first black woman to win a seat in Congress — was to most Americans a curiosity not a serious contender. Today, things are different.

Today Hillary Clinton’s and Barack Obama’s battle for the Democratic Party nomination suggests progress. Though the pace of progress toward gender and racial justice may seem slow, we should take a moment to honor the people whose struggles for the liberation of women and non-white people have brought us to this historic moment. If not for the vision and courage of those in the feminist and civil-rights movements there would be no possibility of a contest between Clinton and Obama, and the debt we owe those activists is enormous.

But instead of getting too caught up in this moment, we should reflect more deeply on that history — not just on what was won but what has been lost. We have an obligation to those who sacrificed in those struggles for liberation to reflect honestly, and if we do that I believe it will lead to sorrow.

I don’t take this sorrow to be a bad thing. Today one of the most important virtues is the ability to understand sorrow clearly, to confront sorrow openly, to feel sorrow deeply, and in the end to accept the sorrows that come with being human in the modern world. Such sorrow is especially important in a society built on delusional beliefs about manifest destiny and endless expansion, world domination and American exceptionalism. The best of a people is carried not by those who pander to a pathological sense of entitlement, but by those who are not afraid to live with sorrow.