The Sustainability Folks Are Our Comrades 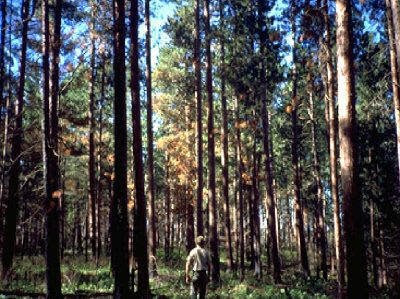 Here is a diary that was posted on Open Left by Syrith last year. (Some data in my comments were under-stated, and I have better information now.) It is well-said, but, unfortunately, it did not get much play at that time. IMO this is a term that is very important to a segment of our potential base that we rarely reach – or touch might be a better term. In the final analysis, all political organizations and movements are coalitions, and the Sustainability folks are very much our comrades.

Supporters of sustainable resource development are almost a missing link in the left/progressive movement at present. Yet this is a true middle ground that can yield agreement, rather than adversarial relationships, among our likeliest allies. Now – I hope that this doesn’t earn me the nickname of the Supply-Sider of Sustainability, or some such – but I think that the supply/production side has to be embraced, as well as the consumption side, when we try to define the boundaries of sustainability.

Twenty-five years ago in the Gifford Pinchot National Forest (my county is 80% GPNF), the timber harvest was on the order of 400 million board feet per year – primarily of Douglas Fir and Western Hemlock. A percentage of that harvest was “old growth” timber, meaning large-diameter logs with a more-dense cell structure and few knots. Environmentalists led legal challenges to this old-growth logging on the basis of harmful impacts to endangered forest species: e.g., the Northern Spotted Owl. Based on federal Endangered Species legislation, the federal courts stopped almost all such logging – almost in an instant. With their legal strategy realized, the environmental organizations then tied up virtually all federal log sales with litigation – or threats to litigate. The ramifications for loggers and forest-related businesses were close to catastrophic.

OK – a side-bar, if you will – the business situation in the early-1980s was generally poor in the U.S., and this was particularly true in lumber-dependent fields. So – to some degree this industry used this time period and this legal embroglio to write off their old, fully depreciated, and worn-out mills and equipment – much of it built in the 1940s. They could blame the environmentalists – and the government – to take the heat off of their managers and owners for loggers’ job and income losses. Then some mill-owners consolidated operations in new or rebuilt plants with CNC milling equipment designed to optimize use of the smaller 2nd-growth and 3rd-growth logs. When their business improved, they were back to work with ¼ of their former mill employees, producing more product per plant. Wow – win-win-win – write off the antique mills; blame the ‘greens’ and the Feds; build new and automate; and, when the market rises, your work force is trimmed in ways that you could not have imagined under the former conditions.

Back to sustainable harvest – the old logging days, where clear-cut was followed by replanting (somewhat rigorously applied on the federal forest lands), had created plantations of 2nd and 3rd growth forests. In the intervening years of little or no logging, these plantations have been putting on more than 60 million board feet of growth in our county’s share of the federal forests per year – according to silviculturists who work for the federal Forest Service. I suggest that a minimum of 50 million board feet of this annual growth can now be harvested with essentially no negative impact on these forests. (In addition ‘thinning’ operations are needed to improve forest health, increase forest-land biological diversity, and reduce fuel. This activity would substantially increase actual harvest for some years to come, just in order to ‘catch up’ with the suppressed operations from the last 18 years.) Going forward, some of the ‘surplus’ (growth minus harvest) can be mapped into the remaining ‘wilderness’ forests to enlarge their range, which would in any case continue to be off-limits to all logging.

There are other questions/issues associated with this argument, but these are exactly the true province of democratic politics – i.e., the negotiation of threshold levels of agreement between competing interests. For instance, does a clear-cut per se cause harm to the forest ecology? I say ‘definitely not’. Either by harvest or via fire, open space (meadows) will be formed. Elk, bluebirds, voles, coyotes, huckleberries, balsamroot daisies, indian paintbrush, and a host of other organisms depend on the meadow. Douglas Fir is a pioneer species, not a climax species – no meadows, after awhile, Doug Fir becomes an endangered species.

There are other points/issues for scientific study and political negotiation. Does fire suppression in the forest create conditions for worse harm? How far should we allow home-building penetration in the big, contiguous forests? The point for this discussion is that sustainable logging should be – or could be – the rubric that will allow adversarial factions to find a solution, if not quite common ground.

OK – this is just one example of the Sustainability issue/question. It’s a large part out here in the Pacific NW, but maybe it doesn’t resonate for you. But the concept should. Sustainability is the pivot point, and it takes ongoing Science to update and sharpen our understanding of the balance. After that, it’s all about this diary by redstar on the European Tribune.

That’s where we determine distribution of the ‘fruits’ of our efforts.

This entry was posted in Rag Bloggers and tagged Environment, Sustainability. Bookmark the permalink.