Howard Zinn: Is Not War Itself Terrorism? 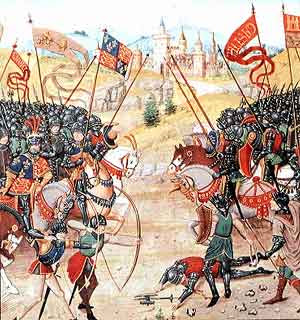 Barack Obama and John McCain continue to argue about war. McCain says to keep the troops in Iraq until we “win” and supports sending more troops to Afghanistan. Obama says to withdraw some (not all) troops from Iraq and send them to fight and “win” in Afghanistan.

For someone like myself, who fought in World War II, and since then has protested against war, I must ask: Have our political leaders gone mad? Have they learned nothing from recent history? Have they not learned that no one “wins” in a war, but that hundreds of thousands of humans die, most of them civilians, many of them children?

Did we “win” by going to war in Korea? The result was a stalemate, leaving things as they were before with a dictatorship in South Korea and a dictatorship in North Korea. Still, more than 2 million people — mostly civilians — died, the United States dropped napalm on children, and 50,000 American soldiers lost their lives.

Did we “win” in Vietnam? We were forced to withdraw, but only after 2 million Vietnamese died, again mostly civilians, again leaving children burned or armless or legless, and 58,000 American soldiers dead.

Did we win in the first Gulf War? Not really. Yes, we pushed Saddam Hussein out of Kuwait, with only a few hundred US casualties, but perhaps 100,000 Iraqis died. And the consequences were deadly for the United States: Saddam was still in power, which led the United States to enforce economic sanctions. That move led to the deaths of hundreds of thousands of Iraqis, according to UN officials, and set the stage for another war.

In Afghanistan, the United States declared “victory” over the Taliban. Now the Taliban is back, and attacks are increasing. The recent US military death count in Afghanistan exceeds that in Iraq. What makes Obama think that sending more troops to Afghanistan will produce “victory”? And if it did, in an immediate military sense, how long would that last, and at what cost to human life on both sides?

The resurgence of fighting in Afghanistan is a good moment to reflect on the beginning of US involvement there. There should be sobering thoughts to those who say that attacking Iraq was wrong, but attacking Afghanistan was right. 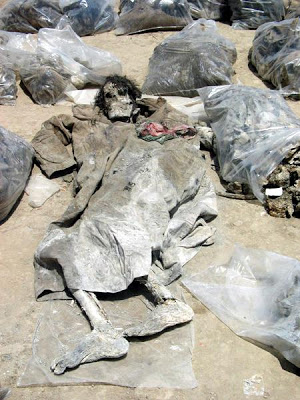 Here is the reality of warfare.

Go back to Sept. 11, 2001. Hijackers direct jets into the World Trade Center and the Pentagon, killing close to 3,000. A terrorist act, inexcusable by any moral code. The nation is aroused. President Bush orders the invasion and bombing of Afghanistan, and the American public is swept into approval by a wave of fear and anger. Bush announces a “war on terror.”

Except for terrorists, we are all against terror. So a war on terror sounded right. But there was a problem, which most Americans did not consider in the heat of the moment: President Bush, despite his confident bravado, had no idea how to make war against terror.

Yes, Al Qaeda — a relatively small but ruthless group of fanatics — was apparently responsible for the attacks. And, yes, there was evidence that Osama bin Laden and others were based in Afghanistan. But the United States did not know exactly where they were, so it invaded and bombed the whole country. That made many people feel righteous. “We had to do something,” you heard people say.

Yes, we had to do something. But not thoughtlessly, not recklessly. Would we approve of a police chief, knowing there was a vicious criminal somewhere in a neighborhood, ordering that the entire neighborhood be bombed? There was soon a civilian death toll in Afghanistan of more than 3,000 — exceeding the number of deaths in the Sept. 11 attacks. Hundreds of Afghans were driven from their homes and turned into wandering refugees.

Two months after the invasion of Afghanistan, a Boston Globe story described a 10-year-old in a hospital bed: “He lost his eyes and hands to the bomb that hit his house after Sunday dinner.” The doctor attending him said: “The United States must be thinking he is Osama. If he is not Osama, then why would they do this?”

We should be asking the presidential candidates: Is our war in Afghanistan ending terrorism, or provoking it? And is not war itself terrorism?

Howard Zinn is author of “A People’s History of the United States.”

This entry was posted in RagBlog and tagged Politics, Warfare. Bookmark the permalink.