The Two Faces of John McCain 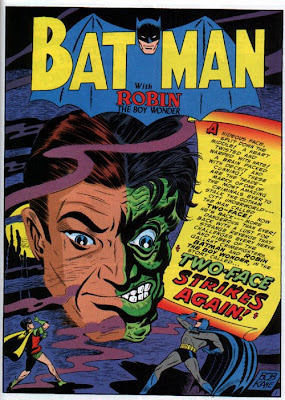 When it comes to getting U.S. troops out of Iraq, Sen. John McCain was for the idea before he was against it.

Three years before the Arizona Republican argued on the campaign trail that U.S. forces could be in Iraq for 100 years in the absence of violence, he decried the very concept of a long-term troop presence.

In fact, when asked specifically if he thought the U.S. military should set up shop in Iraq along the lines of what has been established in post-WWII Germany or Japan –something McCain has repeatedly advocated during the campaign — the senator offered nothing short of a categorical “no.”

Host Chris Matthews pressed McCain on the issue. “You’ve heard the ideological argument to keep U.S. forces in the Middle East. I’ve heard it from the hawks. They say, keep United States military presence in the Middle East, like we have with the 7th Fleet in Asia. We have the German…the South Korean component. Do you think we could get along without it?”

McCain held fast, rejecting the very policy he urges today. “I not only think we could get along without it, but I think one of our big problems has been the fact that many Iraqis resent American military presence,” he responded. “And I don’t pretend to know exactly Iraqi public opinion. But as soon as we can reduce our visibility as much as possible, the better I think it is going to be.”

The January 2005 comments, which have not surfaced previously during the presidential campaign, represent a stunning contrast to McCain’s current rhetoric.

They also run squarely against his image as having a steadfast, unwavering idea for U.S. policy in Iraq — and provide further evidence to those, including some prominent GOP foreign policy figures in the “realist” camp, who believe McCain is increasingly adopting policies shared by neoconservatives.

Finally, the comments undercut much of the criticism the senator has launched at his Democratic and even Republican opponents.

On the campaign trail, for example, McCain has accused Sens. Barack Obama and Hillary Clinton of a “failure of leadership” by advocating a policy of drawing down troops. But in the MSNBC interview, McCain was arguing that U.S. “visibility” was detrimental to the Iraq mission and that Iraqis were responding negatively to America’s presence – positions held by both Obama and Clinton.

Somewhere along the way, McCain’s position changed. Perhaps twice. As Think Progress reported, in August 2007, as the troops surge was underway, McCain told the Charlie Rose Show that the Korea model was “exactly” the right template for U.S. forces in Iraq. Only three months later, and on the same show, he completely reversed himself.

“Do you think that this – Korea, South Korea is an analogy of where Iraq might be,” Rose asked in November 2007.

“I don’t think so,” replied McCain.

“Even if there are no casualties?” Rose chimed in.

“No,” said McCain. “But I can see an American presence for a while. But eventually I think because of the nature of the society in Iraq and the religious aspects of it that America eventually withdraws.”

Then, in the lead up to the New Hampshire primary, the senator famously said that he wouldn’t mind seeing the U.S. in Iraq for a hundred years, “as long as Americans are not being injured or harmed or wounded or killed.” And when his political opponents used that statement against him, McCain responded by saying he was drawing an analogy to the current military presence in Japan, Germany and South Korea.

And yet, when he was asked by Matthews in 2005, if he “would you be happy with [Iraq] being the home of a U.S. garrison” like Germany, McCain again said no.

The McCain campaign did not return a request for comment.