This Maverick The Real Deal 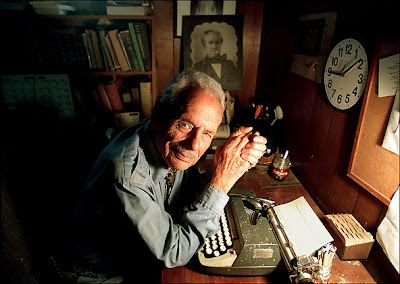 Arizona Sen. John McCain happily donned the “maverick” mantle in 2000 as he climbed aboard the Straight Talk Express and set off on his quest for the presidency. And he’s still wearing it today, if a nappier version, as he rides into Tuesday’s Texas primary as the presumptive Republican presidential nominee.

A bad fit, claimed my old friend Maury — a Maverick by birthright and a maverick by inclination.

A San Antonio human rights lawyer and former state legislator who wrote a fervidly liberal newspaper column almost until the day he died in 2003 at 82, Maury Maverick Jr. considered himself a zealot for freedom. He was proud that his family had bequeathed its name to the vernacular, but he could be downright cantankerous about what he considered the illegitimate use of the eponym.

Just as not every cola is a Coke and not every tissue is a Kleenex, not every nonconformist is a maverick, the last of the maverick Mavericks insisted. As a former Marine who served in the Pacific during World War II, he saluted McCain’s military service and his bravery during years of captivity. But Maury insisted that any conservative Republican, by definition, adhered too closely to the status quo to deserve the hallowed label.

“Many times Maury was furious that the Dallas Mavericks would be called Mavericks,” said Texas writer Jan Jarboe Russell. “A maverick wasn’t just a contrarian for contrary’s sake — and certainly not a basketball team.”

No matter that the Mavericks’ owner, Mark Cuban, is something of an NBA iconoclast. A basketball team owner, like a conservative Republican, runs with the herd, so he can’t be a true maverick, Maury insisted.

Russell, who honored her friend by naming her daughter Maury, was relieved he didn’t live long enough to see George W. Bush name as Mavericks those individuals who raised $50,000 for his 2004 reelection.

To Maury, a maverick deserving of the name stood up to the crowd, went against the grain, marched to the beat of his own drummer for the sake of principle, on behalf of liberty. When his colleagues in the state legislature in the ’50s drafted a resolution inviting Joseph McCarthy to come to Austin and address them, Maury drafted a resolution inviting Mickey Mouse. “If we are going to invite a rat,” he intoned, “why not a good rat?”

Irascibility was key. Maury and his wife, Julia, lived in separate houses with adjoining backyards for much of their 37-year marriage. He’d carry his cup to the back fence each morning; she’d come out and pour him fresh coffee. She’d do anything for him. She just couldn’t live with him.

Irreverence counted. Texans still tell the story of Maury escorting Democratic presidential candidate John F. Kennedy through the Alamo during a 1960 campaign visit to San Antonio. Late for his next event, Kennedy asked to slip out the back door. Maury, skirting sacrilege, told him: “Senator, there is no back door. That’s why they were all heroes.”

Maury’s own maverick ideal was an early ancestor, Samuel Maverick, a 17-year-old apprentice who died from wounds he received in the Boston Massacre, the deadly prelude to revolution between Boston colonists and British soldiers on March 5, 1770. When Maury visited Russell during her year as a Nieman Fellow at Harvard, she took him to the burial place of his ancestor, who lay near runaway slave Crispus Attucks, the first African American to die in the incipient revolution. He teared up at the grave site.

Maury Maverick Sr. was a New Deal congressman and mayor of San Antonio from 1939 to 1941. And while father and son had a famously fractious relationship, Maury Jr. admired the old man’s cussedness.

Maury Sr.’s maverick ways prompted death threats and ended his political career when he insisted on a generous interpretation of the First Amendment. San Antonians went on a rampage when he refused to ban a local Communist Party group from using the Municipal Auditorium for a rally on behalf of poor Mexican women working long hours for low wages as pecan shellers.

(Maury Sr., by the way, influenced the English language in another way, when he invented the word “gobbledygook” for bureaucratic language that makes about as much sense as the call of wild turkeys in the South Texas brush country.)

The eponymous transformation of the family name was pure happenstance. Samuel Augustus Maverick, Maury’s great-grandfather, ran a small herd of cattle in the Texas Gulf Coast area in the 1840s. When the Mavericks moved to San Antonio, he left the unbranded animals with a trusted slave named Jack. Soon coastal settlers were referring to any unbranded cow as “one of Maverick’s.”

In 1854, Maverick had his wayward cattle herded back to his San Antonio ranch, where they again were allowed to roam unbranded. Two years later, when he sold his cattle and brand to a man named A. Toutant Beauregard, the new owner’s cowhands had to hunt for the critters across several South Texas counties. Any unbranded cattle they came across were claimed as “Mavericks,” and by the decades after the Civil War, maverick became a handy term for both cattle and people who roamed widely.

“Maury believed in the idea of destiny,” Russell said. “He felt his family’s role in America defined his role.”

1 Response to This Maverick The Real Deal