The author of the provocative cultural critique, ‘The Tolerance Trap,’ joins us in a lively and revealing discussion on Rag Radio. 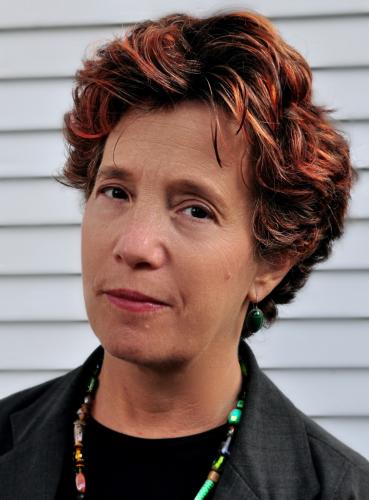 Listen to or download the podcast of our June 20, 2014, Rag Radio interview with Suzanna Walters here:

Suzanna Danuta Walters, author of The Tolerance Trap: How God, Genes, and Good Intentions Are Sabotaging Gay Equality, has written and lectured extensively on sexuality, popular culture, and feminism, and is currently the Director of Women’s, Gender, and Sexuality Studies and Professor of Sociology at Northeastern University. She is the author of several earlier books, including All the Rage: The Story of Gay Visibility in America, and Material Girls: Making Sense of Feminist Cultural Theory.

On the show, Walters reminds us that “we ‘tolerate’ that which we would rather do without” and that tolerance and acceptance “are problematic frameworks to argue for civil rights and real robust social inclusion.”

She voices her concern that gay marriage – which she affirms as a “basic civil right” – “has become the issue of the gay movement… that it has become almost synonymous with gay rights.” Walters believes that gay marriage is being “conflated with the whole panoply of issues and ways of thinking and challenges that the gay movement has long been in the forefront of arguing for.”

“It is very different,” she says, to talk about real integration, celebration… transformation.”

According to Suzanna Walters, “tolerance leaves bigotry unattended to…” It says that “we’re in a civilized society so you can’t stone us anymore… you can’t openly hate and discriminate.” Tolerance, she says, “lets heterosexuality off the hook… It doesn’t address why anti-gay bigotry and animus and hatred continue. It doesn’t get to the heart of it… It leaves power and power relations unattended to.” Someone, she says, “is doing the tolerating of someone else.”

About Walters’ book, The ToleranceTrap, Michael Kimmel, author of Angry White Men, says: “While the mainstream LGBT movement is clamoring for acceptance and tolerance, Walters worries about the radical vision contained by gay liberation being diluted, minimized, transformed, perhaps even lost forever.”

And, according to playwright Eve Ensler, this book “rattles the cage of tolerance in pursuit of true gay liberation. For gays and straights alike, it challenges us to be more our quirky, original, sexual, gorgeous selves and to settle for nothing less than radical love and freedom.”